A Bird of a Different Feather at Owl’s head

After Fred Korman’s half-century reign, the Owl’s Head founder handed over his ski centre to its new owners in 2018. They didn’t waste any time as they invested nearly 20 million dollars to spruce up the station. 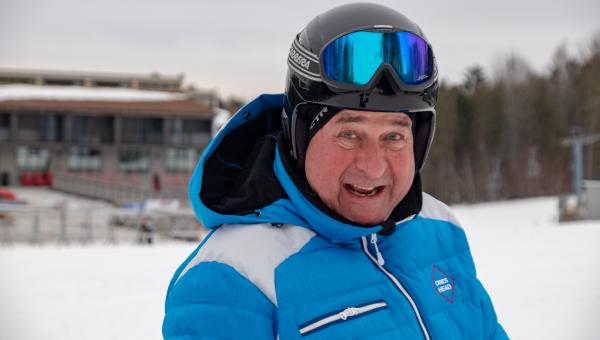 Those who haven’t been here in a while might be quite thrown aback by what they’ll discover. The “let’s call it” vintage-style ski chalet has been totally revamped. Inside, everything has been redesigned and transformed into a functional and comfortable nest.

The only remnants of the past decor are the well-worn picnic tables in the cafeteria. “Impossible to get rid of them. They’re part of the history of Owl’s Head,” explains Mark Richardson, who is giving me a tour of the place. My guide is none other than the son of the legendary Olympian skier, Bob Richardson who designed the trails of this Appalachian mountain.

The metamorphosis also included the station’s small hotel, Mtn Haus, on the second floor of the ski chalet. Thirty obsolete rooms, which had almost no soundproofing, have been transformed into 10 luxury suites, for in & out skiing at its best!

A Facelift for the Mountain as Well

Their investments went far beyond the chalet’s wood and brick walls. The mountain also received a facelift. Riding the Sommet chairlift, on our way up, Mark Richardson points to a series of snow cannons lined up by the trails. “It’s our new cutting-edge snowmaking system,” he proudly explains, “not only is it more energy-efficient than the old system, it also produces a better quality of snow. Before, it used to take us three long weeks to cover a trail with a snowy surface; today, it will take us only a couple of days.” 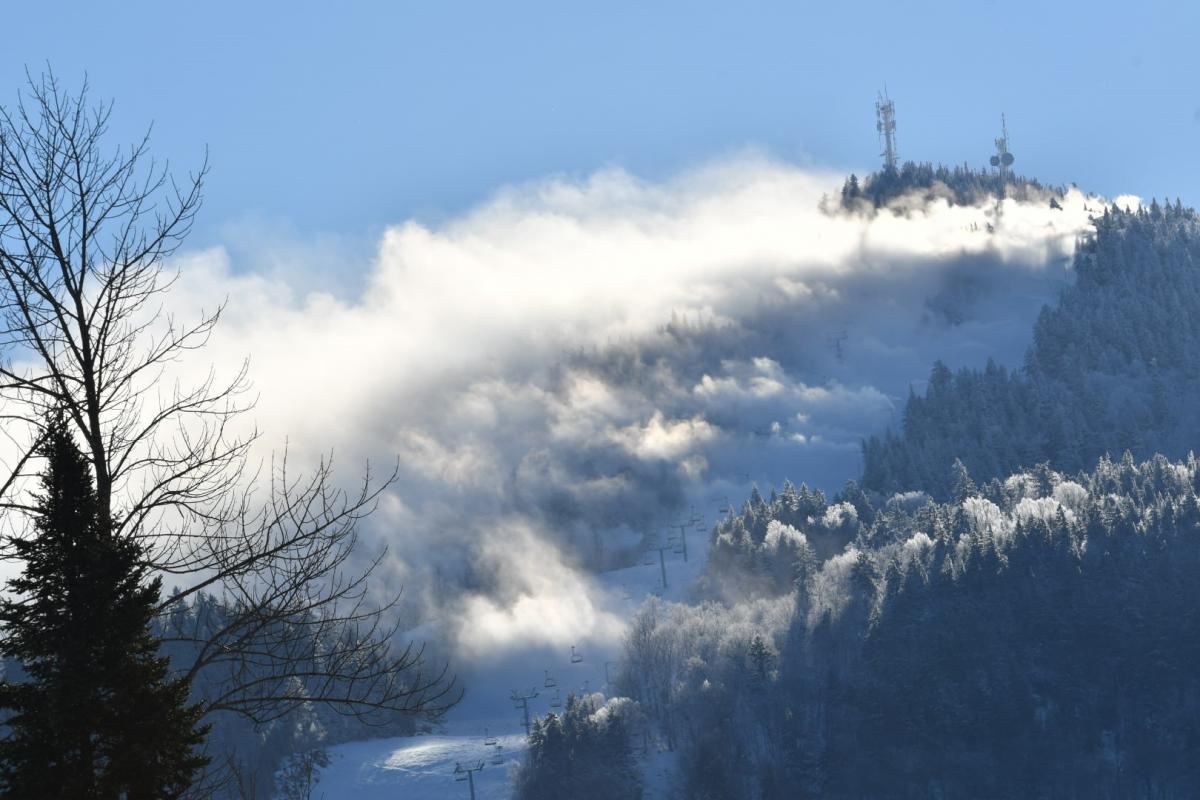 On the slopes, many operations have been carried out throughout the season to improve the skiers’ glide experience. For example, the entrance of the Lily’s pad, a sinuous trail and one of the skiers’ favourite, has been widened, reducing the jam ups on the summit during busy weekends. The Kamikaze trail has also been expanded to help with the flow of skiers and the Colorado, a double diamond trail, has been reconfigured as well. “It is now more accessible for advanced intermediate skiers,” explains my guide, between two slaloms.

A good deal of maintenance work was carried out as well. The old double chairlift has been dismantled and sent to the scrap yard and all the other lifts have been upgraded. Only the Du Lac chairlift has not been accessible this winter, the work to restore it was too important to tackle this year. Barcode tickets have been replaced with chip cards developed by Connect&Go, a Montreal company, and can be used to purchase different services, such as cafeteria meals. 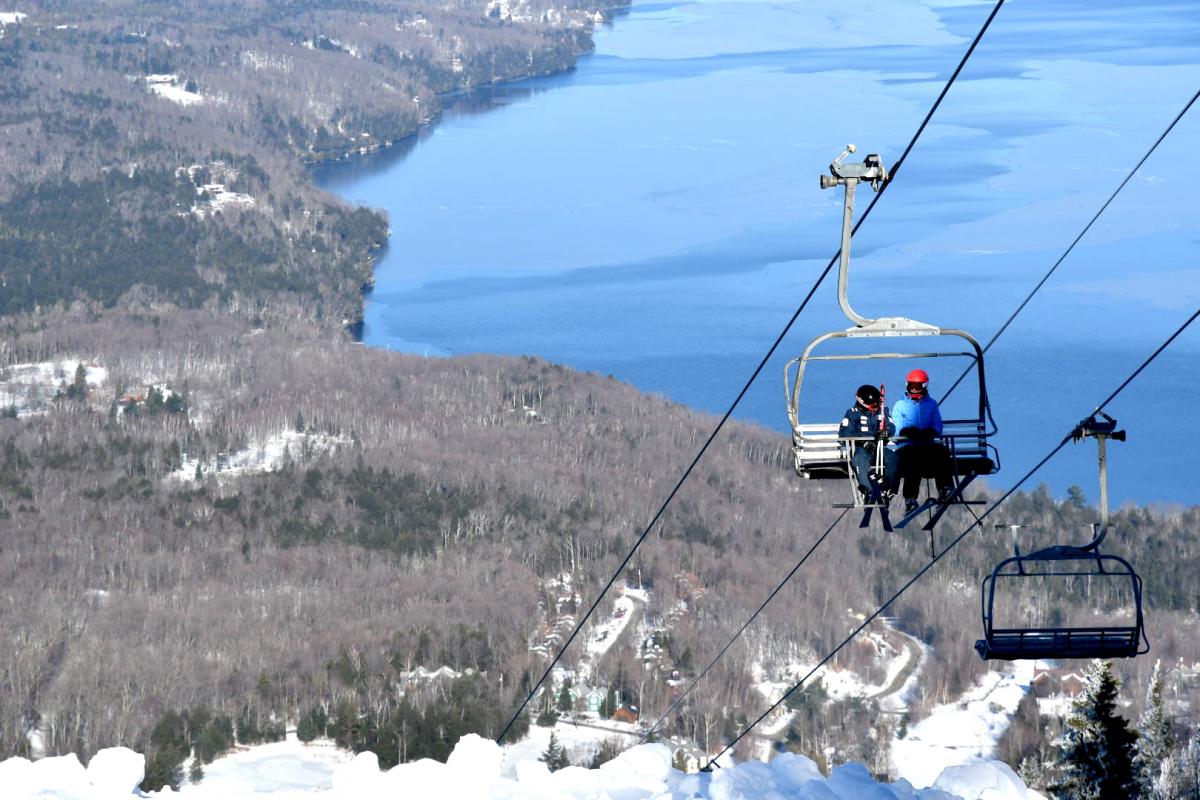 Although millions of dollars have been injected up to now, the ski centre has not lost its soul. We still love the family atmosphere, the great diversity of its 50 trails, its impressive 540o drop (the 4th highest in Quebec), and, especially the uniqueness of its panoramas. Peering through their goggles, skiers discover the wide Memphremagog Lake ice field, The Orford Massif, the St-Benoit Abbey and Jay Peak, on the other side of the border. It’s simply amazing! In fact, it’s hard to stay focused as we’re skiing down the slopes.

This Potton ski resort is slowly taking flight, and lovers of glide sports are absolutely delighted. 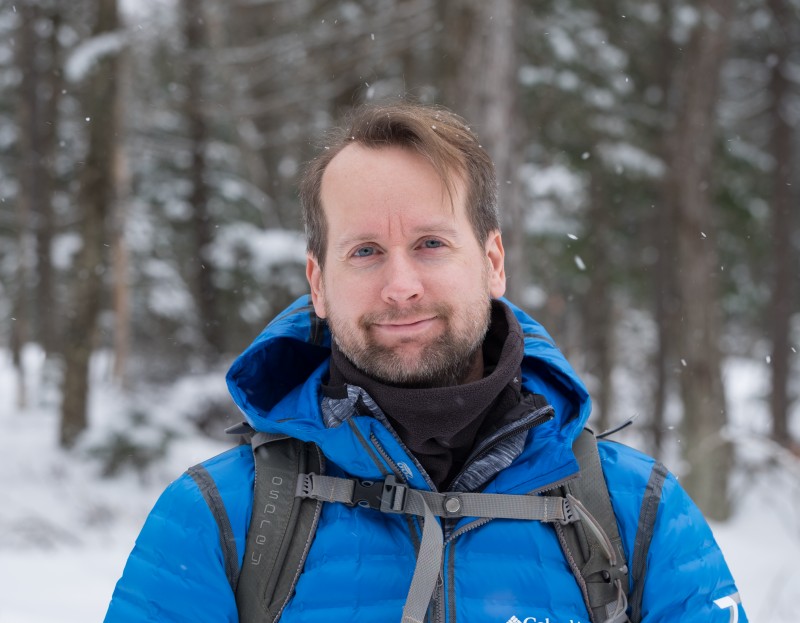 Freelance journalist and editor in chief of the magazine Oxygène, Simon Diotte is passionate about nature and outdoor activities. His favourite sports include: Canoeing, kayaking, hiking and cross-country skiing. Although he enjoys sports challenges, he also loves spending quality family time in nature with his two daughters.
Simon's Blogs 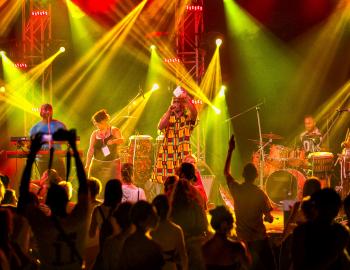 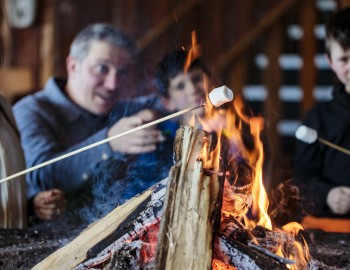 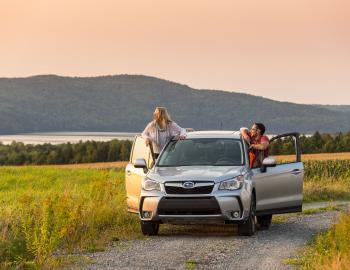