Geneviève O’Gleman’s recipes are always highly appreciated, and even more so in these times of crisis, since they’re also so comforting! This nutritionist is offering us 7 delicious recipes, for which we’re suggesting that you substitute some of the ingredients with the following Township products.

NB The recipes are in French only. 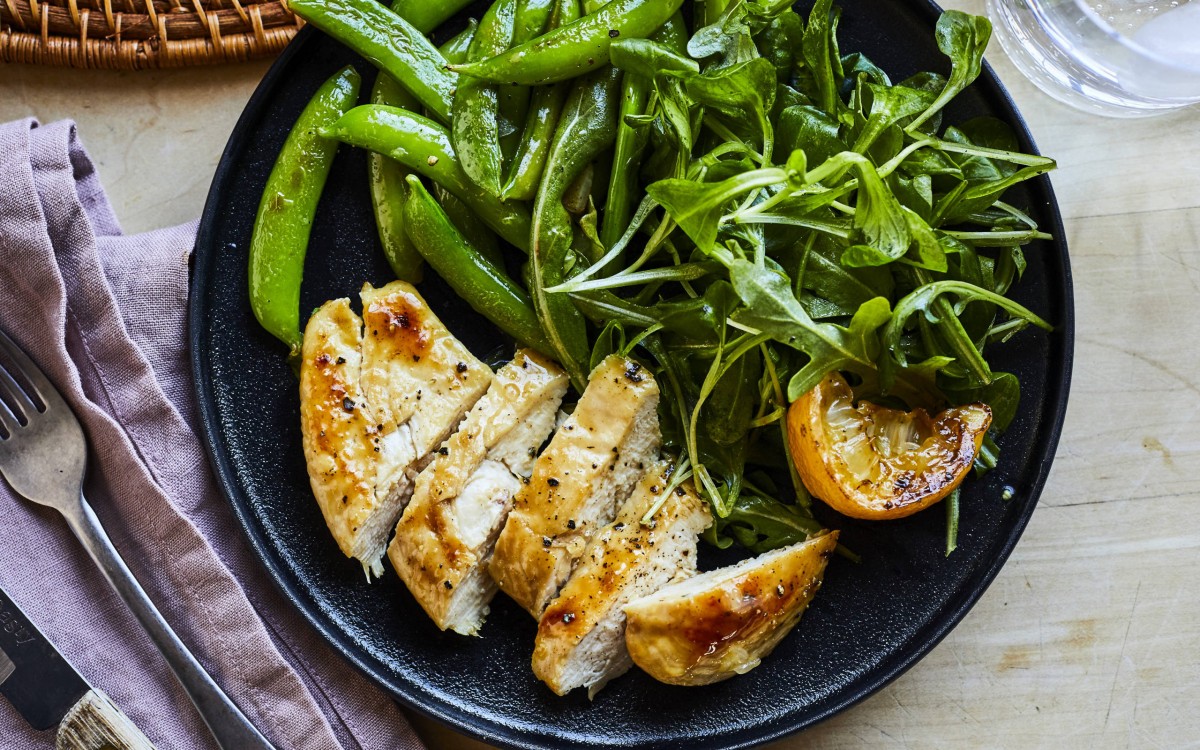 Simple, easy and quick to prepare, this dish will simply please everyone!

Suggested local product: Miel Pur Délice, Coaticook.
Where to find it: Available in many grocery stores. 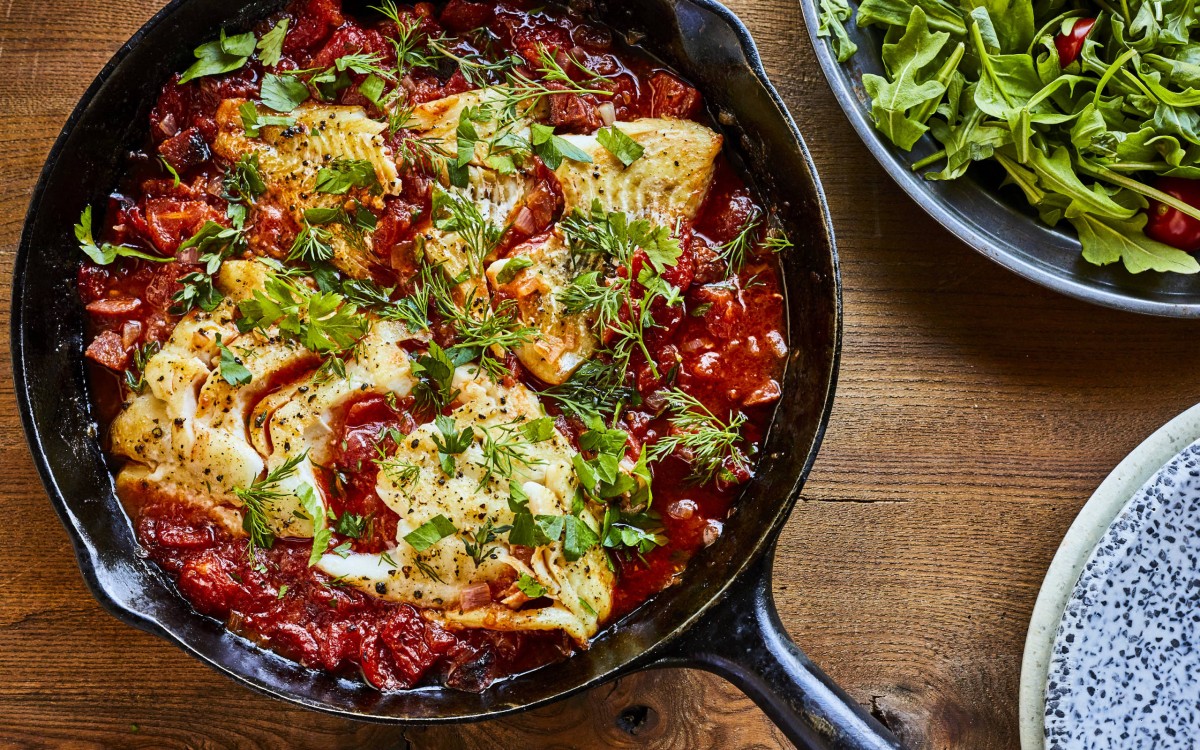 A practical recipe, when we’re in telework mode

Why? Because this dish takes only about thirty minutes to prepare. Between two conference calls, you’re sure to have enough time to cook it … and savour it!

Suggested local product: Chorizo sausage from Les Gars de saucisse, in Richmond.
Where to find it: Available online and in many grocery stores. 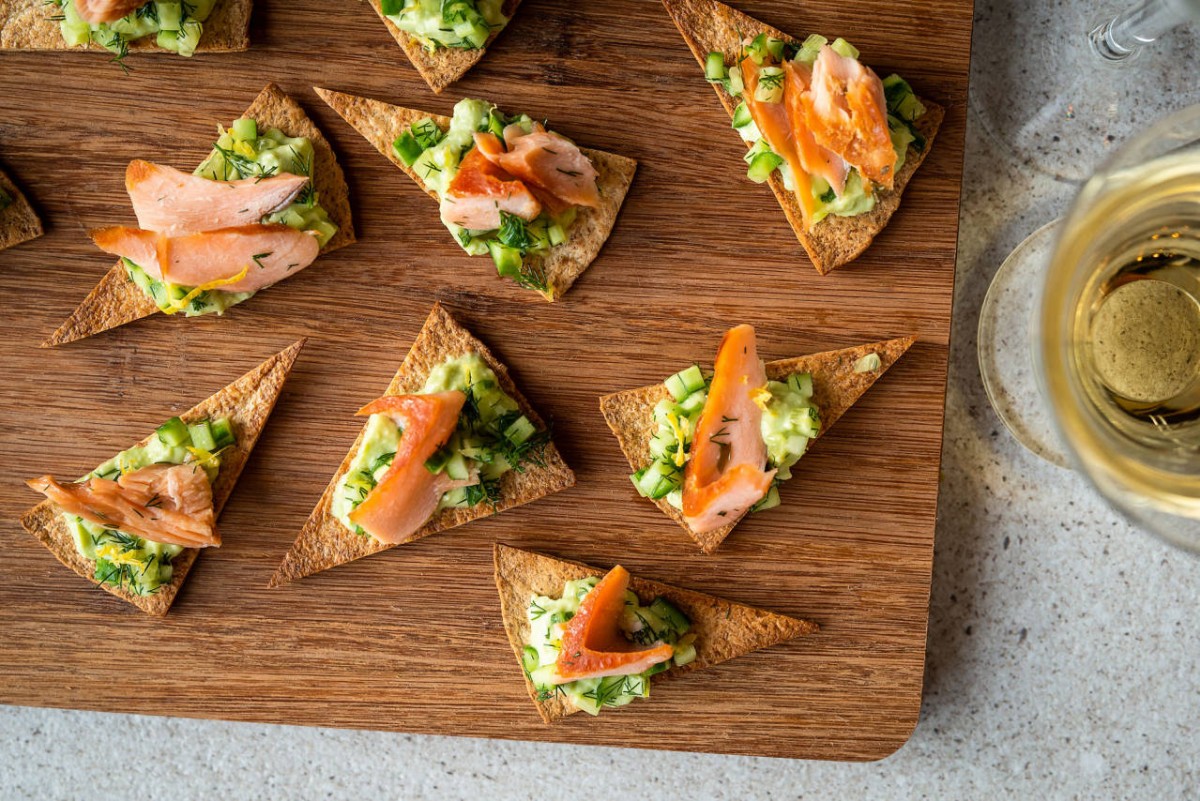 A recipe for your online virtual cocktail hour among friends

More and more among you are raising your glasses with your friends as you’re all sitting in front of your screens. To accompany your drinks, here’s a really delicious hors d’oeuvre recipe.

Suggested local product: Fumoirs Gosselin’s smoked salmon, in Cowansville.
Where to find it: Delivery is free if you live in the Brome-Missisquoi area. You’ll also find this product in several grocery stores. 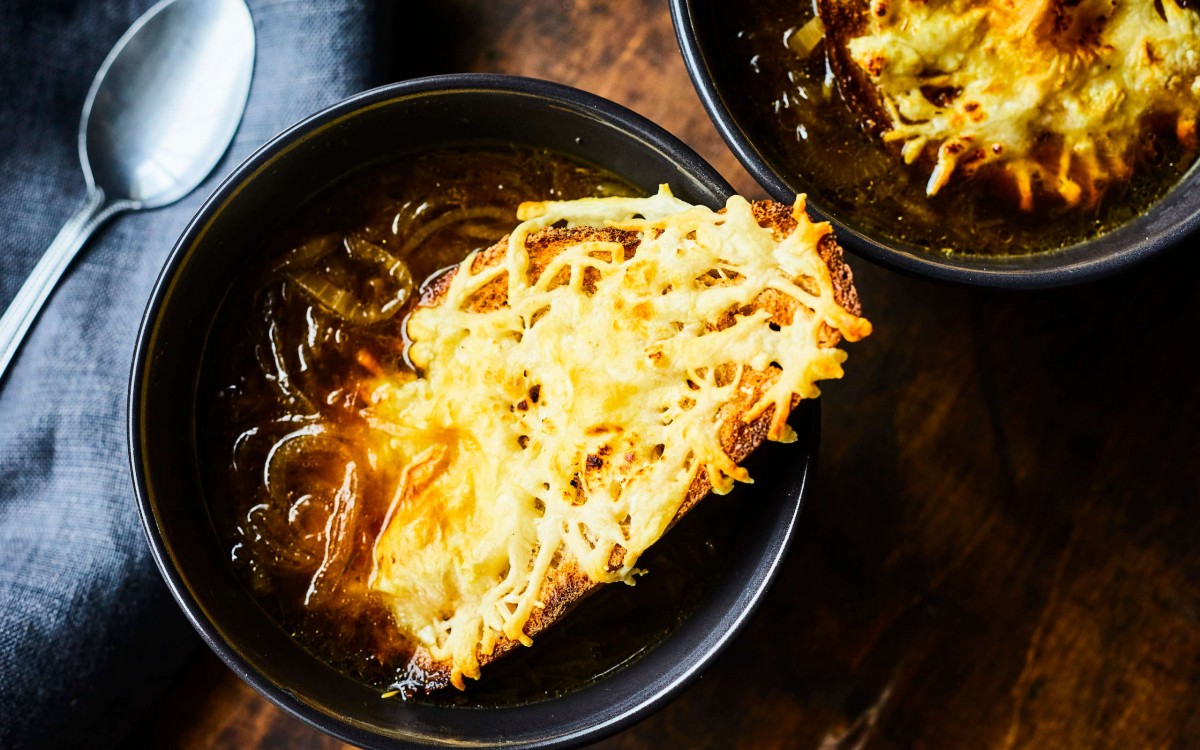 A recipe you’ll find both nutritious and comforting.

Its parfume, its texture, its taste... everything in that soup makes us feel good!

Suggested local products: The Alfred, from La Station cheese factory and the Abbaye Saint-Benoît’s Le Moine cheeses are both perfect choices. As for which beers you can use, there’s the microbrewery Le Grimoire’s la Grimousse or a red beer from the Coaticook micro … and that’s all there is to it!

Where to find them: The online boutiques of La Station’s cheese factory and the Abbaye Saint-Benoît du Lac, as well as in several grocery stores. As for the beers, you’ll find both La Grimousse and the beer produced by the Coaticook Microbrewey in many grocery stores. 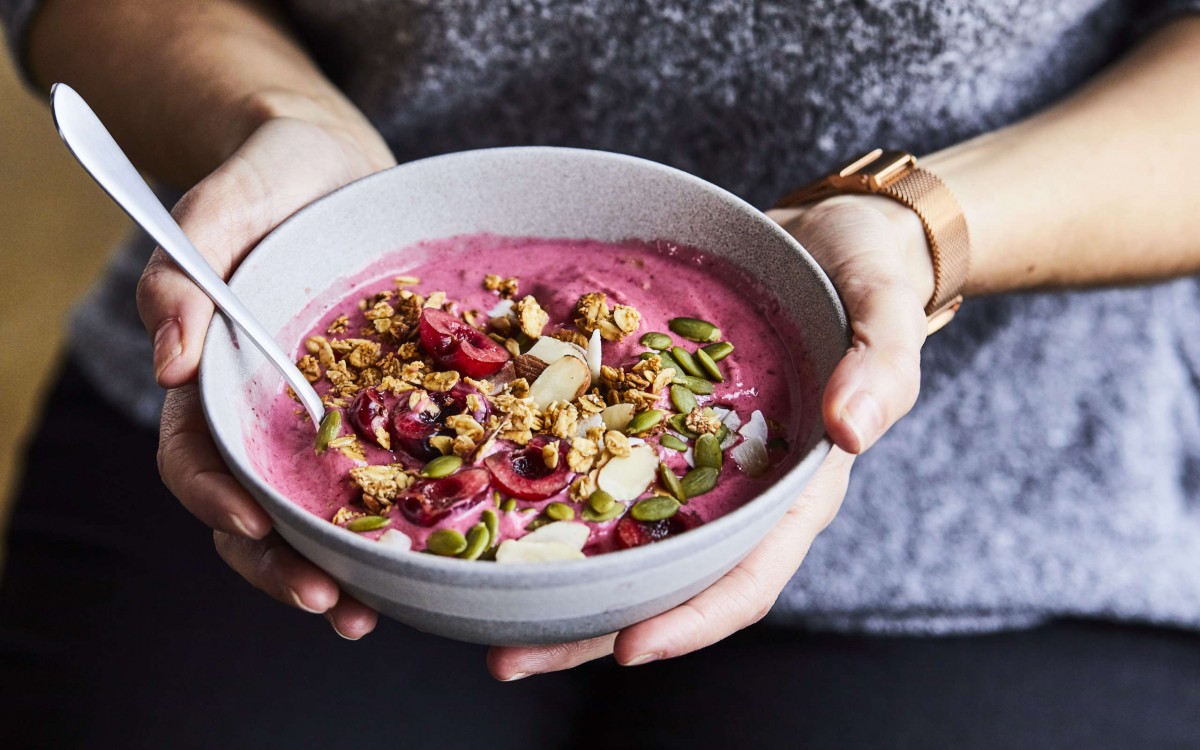 A breakfast idea to add sunshine to your day

Suggested local product: Les Grenailles’ granola
Where to find it: This company offers home deliveries in Sherbrooke, Magog and the surrounding area. 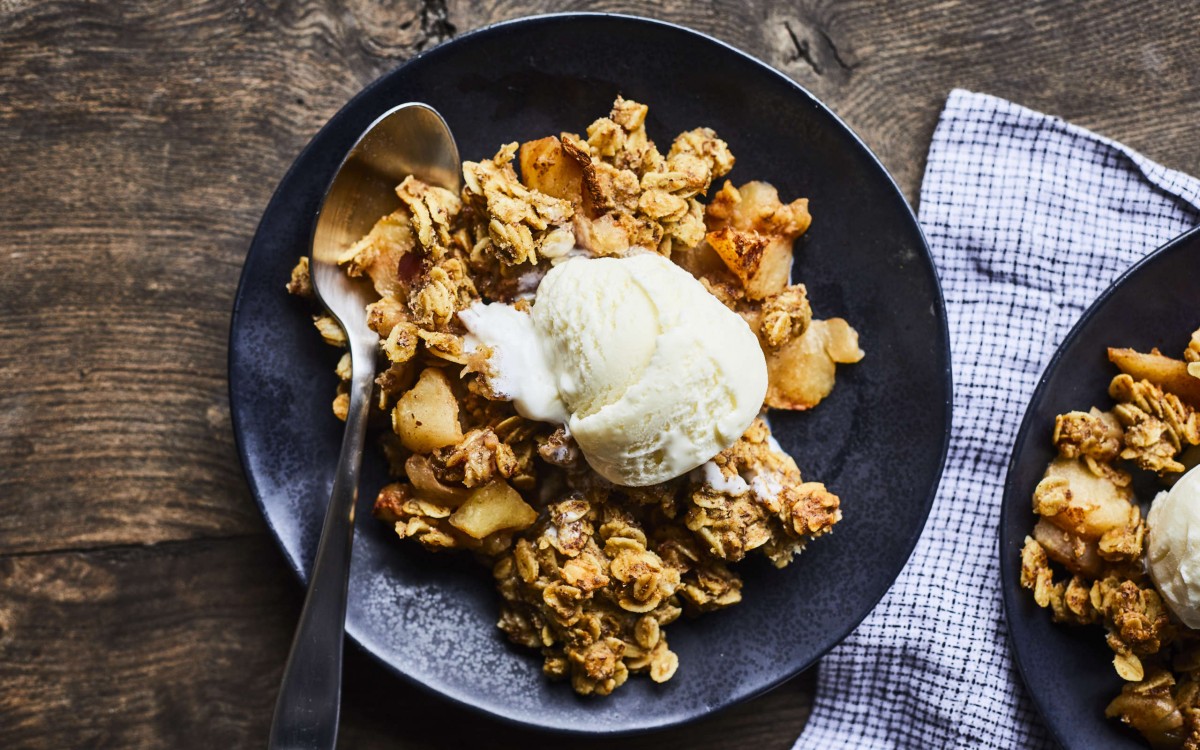 Because it’s so good, it only takes a few minutes to prepare, and you most probably already have all the ingredients on hand.

Suggested local product: Ice cream for the Laiterie Coaticook dairy. It’s the best one for accompanying your desserts.
Where to find it: Available in many grocery stores. 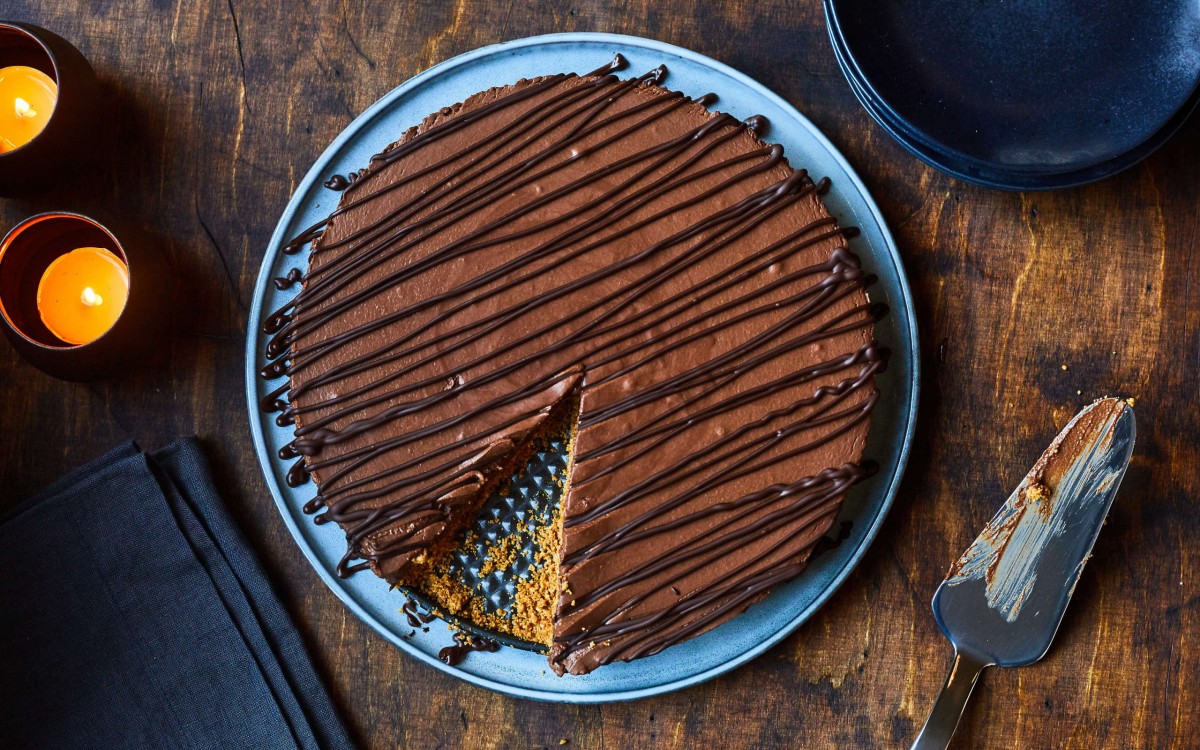 There’s nothing better than chocolate to appease our anxieties and to put a smile back on our faces.

Suggested local product: Chai teas from MysTea.
Where to find it: Their online boutique. The company also offers free home deliveries for $60 orders and more. 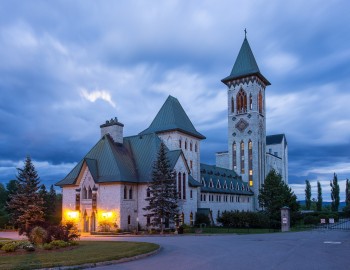 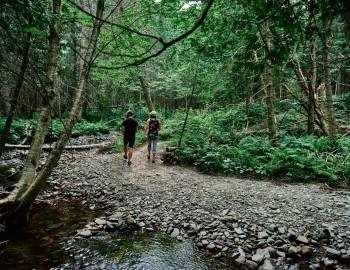 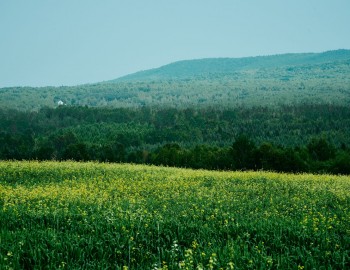