Road Trip Across the Townships: an Underground Route, a Tandem Bicycle … and Poutine!

Majestic lakes, meandering rivers alongside bicycle paths and underground attractions, the Memphremagog region has all the basic ingredients for an amazing family weekend.

One man’s misfortune is another man’s fortune. From 1860 to 1865, the Civil War raged in the United States. The Yankees needed raw materials to continue the fight. This is how the exploitation of copper mines began in 1863 at the confluence of the Massawippi and Coaticook rivers.

We discover this epic story when we visit the Capelton mine, a tourist site that immerses us in the underground galleries that were dug with picks and shovels during the 19th century. The work was so hard that when mining began, no French Canadian wanted to work there. “Only Polish and Ukrainian immigrants, who were miners from one generation to the next, agreed to go underground,” explains Geneviève Vallières, our guide.

In operation until 1907 and open to the public since 1995, the Capelton mine is the oldest copper mine in Canada. The family unanimously appreciated the 2-hour-long visit. It was informative, entertaining and refreshing, as the temperature underground remains around 10 degrees at all times, heat wave or not.

“I loved this field trip, which made us understand the reality of another era,” says my wife Irène, who was delighted with the experience. To think that elsewhere in the world, tunnels are still being dug with the means at hand. As for my 13-year-old daughter Romane, she felt a Harry Potter-like atmosphere in the bowels of the earth. I have to take her word for it, since I know nothing about this universe. Shame on me!

Exploring North Hatley and its surroundings

The hamlet of Capelton is about 15 minutes from the picturesque town of North Hatley, which was our home base for two nights. From our impeccable room at the La Chocolatière inn, we explored the Memphremagog region like never before. A corner of the country that combines a vast natural environment, country decor and a multitude of services, such as a generous choice of lodging and restaurants of all kinds. It’s hard not to find something to have fun.

A weekend organized around short village walks, picnics—no other option since the restaurants’ dining rooms were not yet open—and reading for the women in my life, namely, daughters Romane and Marion, both 10-year-old, and their mom Irène.

As for myself, I’ve swapped books for running shoes every free moment I could get, since I don’t often get to run through lush green tunnels set alongside the river. And I have a marathon in my sights.

What a joy it was to be running at the right pace on the Grandes-Fourches bike path, following the course of the Massawippi River or on the Tomifobia nature trail, along the river of the same name. While sweating profusely, I wondered incredulously why I had never taken these trails before this weekend. A scandal! I can’t wait to return here.

Zen Biking by the Magog River

If running is not my offspring’s favourite activity, cycling is quite the opposite. My daughters are cyclists at heart. The Vie de Plein Air rental centre, in the heart of Magog, half an hour from North Hatley, was waiting to lend us three bicycles, including a tandem. I admit: I had little hope of finding an exciting route directly from Magog. As usual, my kids will say, I was wrong.

At Vie Plein Air’s door, we can access the 57 km long Montagnarde trail. Heading towards Parc national du Mont-Orford, it climbs non-stop. So, not really an option for our weekend in relaxation mode. In the other direction, La Montagnarde follows the Magog River on a gentle slope. This was the perfect route for us!

In the first kilometre, the route offers a fun obstacle course between people strolling through the popular Pointe-Merry Park, a stretch of land that extends out into thew lake Memphremagog.

Immediately after, we fled the crowds and never left the Magog River’s shore line again. We rode 15 km round-trip to Highway 55 and back, “It was great to see the views of the river and I loved the tandem bike,” says my 10-year-old daughter. Maybe because she didn’t need to pedal! This ride made us hungry. Hurry, let’s head over to the town’s Main Street for our poutine reward!

The Magic of Magog

I hadn’t set foot in downtown Magog in ages, and it has definitely changed for the better. Wide sidewalks, cafes galore, and endless amounts of dairies and poutine places: everything is there to make me happy! Be careful, if you go there too often, there is a danger of gaining quite a bit of weight!

While we were strolling about in Magog, we came across the Merry House, the oldest house in Magog, built in 1821, and which is now a cool museum. Its exhibition tells the story of the Merry family’s important contribution to the development of the municipality.

The house’s gardens are open to the public at no charge. It is quite charming. The view overlooking the Magog River and the Pointe Merry is splendid. A nice place to relax and to digest our poutine.

The next time I find myself in the area…

Plan your stay in the Memphrémagog Region 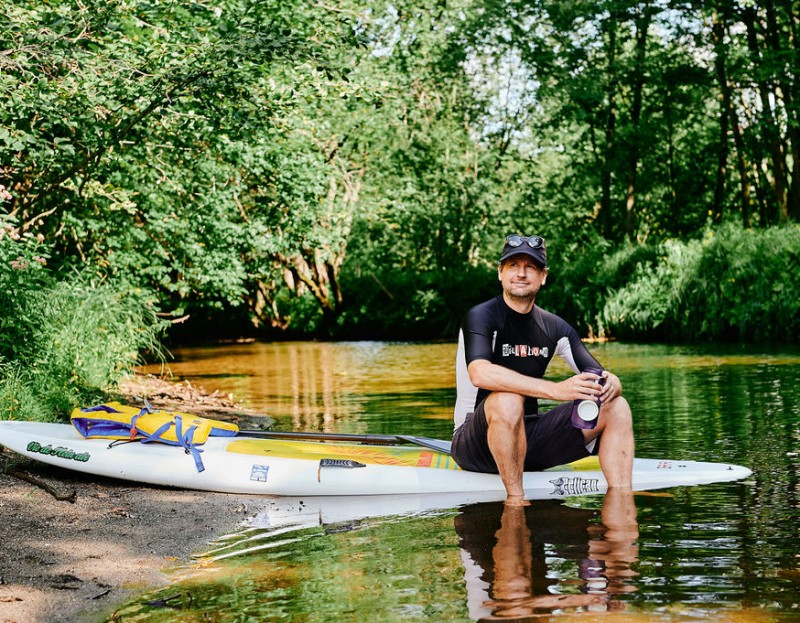 Freelance journalist and editor in chief of the magazine Oxygène, Simon Diotte is passionate about nature and outdoor activities. His favourite sports include: Canoeing, kayaking, hiking and cross-country skiing. Although he enjoys sports challenges, he also loves spending quality family time in nature with his two daughters.
Géo Plein air 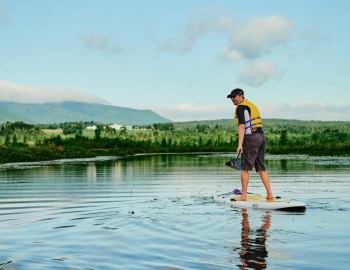 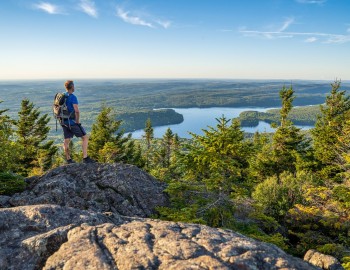 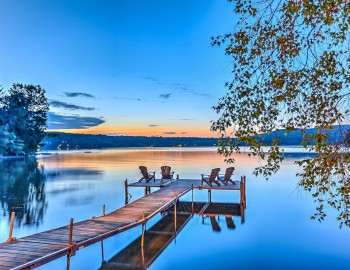 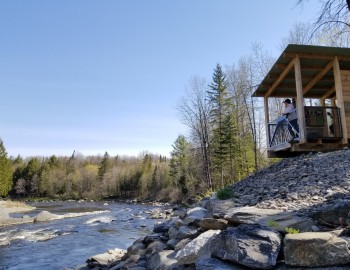 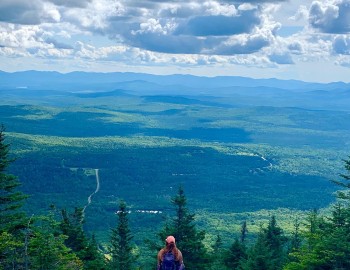 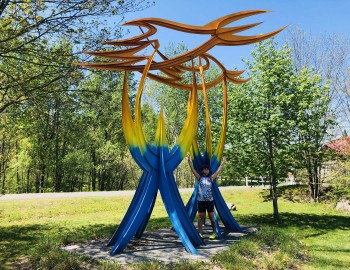