This Dunham-based carpenter’s passion for woodworking is combined with a true commitment to making quality pieces that will stand the test of time and passing trends. From a simple bench to a rocking chair and a cutting board, he takes on this challenge with true verve.

After graduating from high school, not knowing what to do, Maxime Poisson registered for a CEGEP course in landscaping and then carpentry and woodworking. It was in a fine carpentry class that something clicked. He wanted to create furniture. After graduating from L’École des métiers du meuble de Montréal, he worked for several years for companies in the architectural carpentry and furniture-making fields, both in Montréal and in the Dunham region where he established himself with his wife.

At the same time, in the small workshop he set up inside his home, he designed and made a rocking chair which, by word of mouth, after having made a few, became quite a successful product. The Ekko chair, in reference to the echo of its gentle back and forth movement, came to be, and thanks to this chair he founded his own company in 2011. To date, he has created about 100 of them, about 15 a year, and he has 8 on order for next fall. They’ll be shipped throughout the United States, but also to Switzerland, France and the French West Indies. 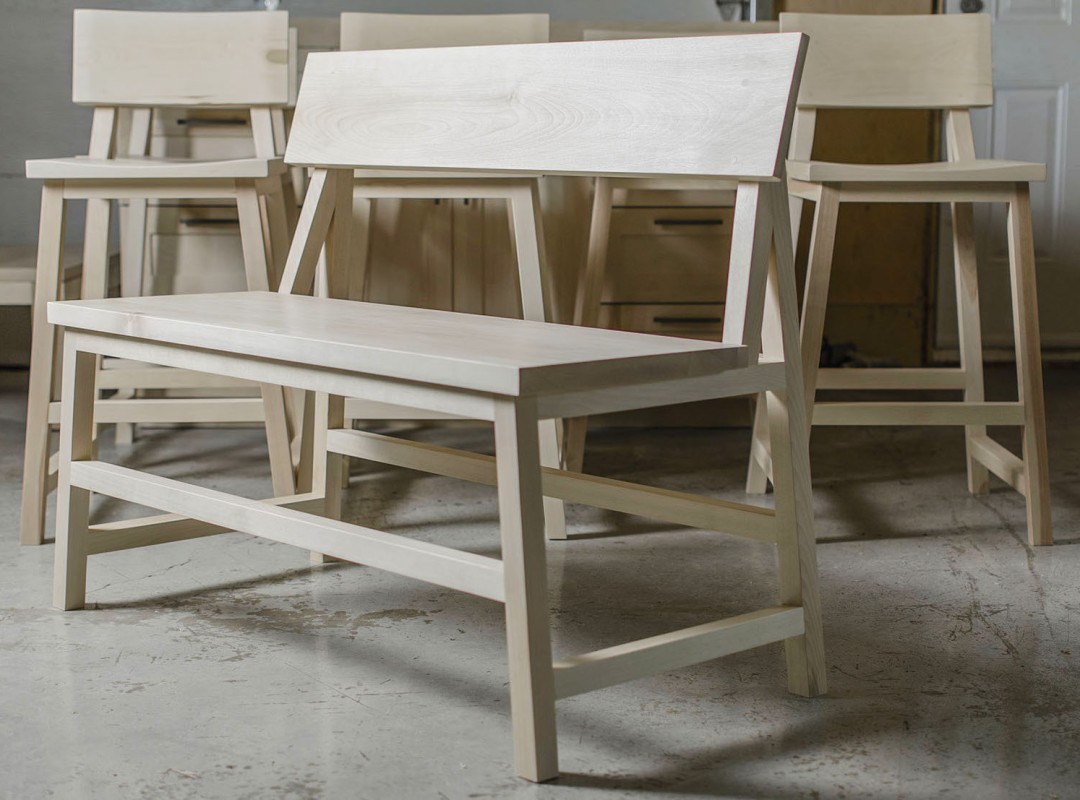 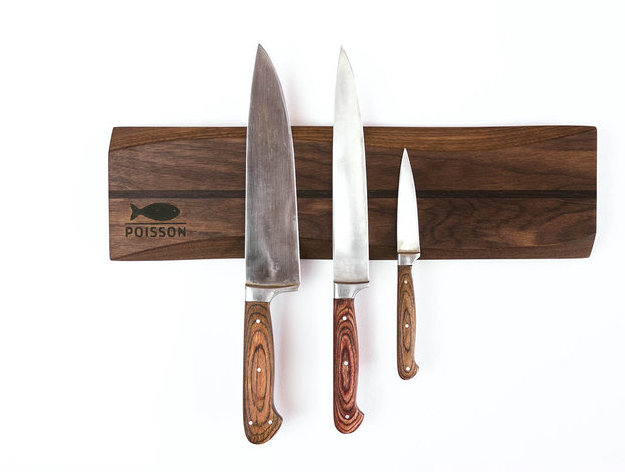 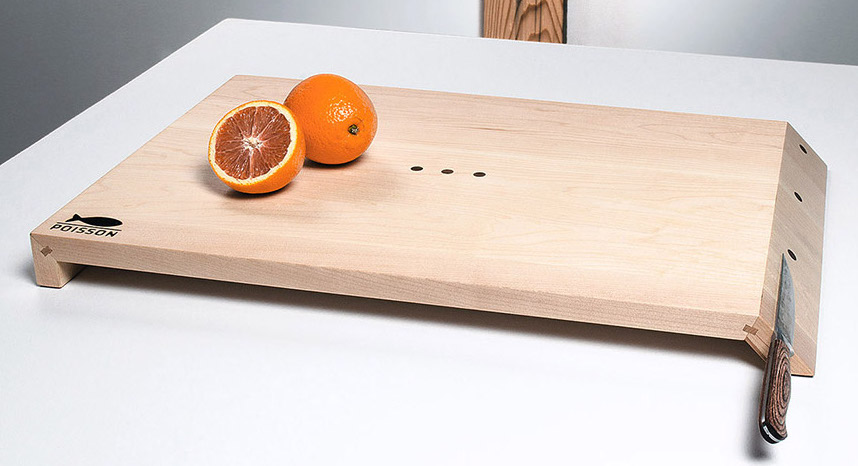 Why a Rocking Chair?

“I wanted to experiment making this traditional piece of Quebec furniture.” The rocking chair, this seating concept that originated in New England and introduced to our country in the early 19th century, is “part of the furniture” of our culture. He was inspired by the Boston chair, one of the first rocking chairs to be marketed, and gave it a modern touch. It’s a world away from the rocking chair with thin rockers and sinew seat! Maxime draws his inspiration mainly from the Scandinavian style of the 1950s and ’60s. His pieces highlight the grain and texture of wood, its organic and natural beauty. Cherry or black walnut, his favourite wood essences, are planed, shaped and transformed (without any screws) into a splendid piece with an all-embracing seat. This is because its design is based on solidity and ergonomics, while its rocking mechanism has been meticulously calibrated. This chair, which takes 47 hours to build from milling to finishing, is designed to last for future generations.

His furniture design, which accounts for 75% of his work, also includes other chair designs, benches and custom furniture. The other 25% is reserved for the creation of kitchen accessories: cutting boards, magnetic knife holders, butcher blocks, decorative objects. This collection, which is accessible via his online shop, was created in 2014 and was initially prompted by his concern for the environment. The wood scraps from the manufacturing of his chairs, accumulating in his workshop, simply gave him the idea to develop new products. 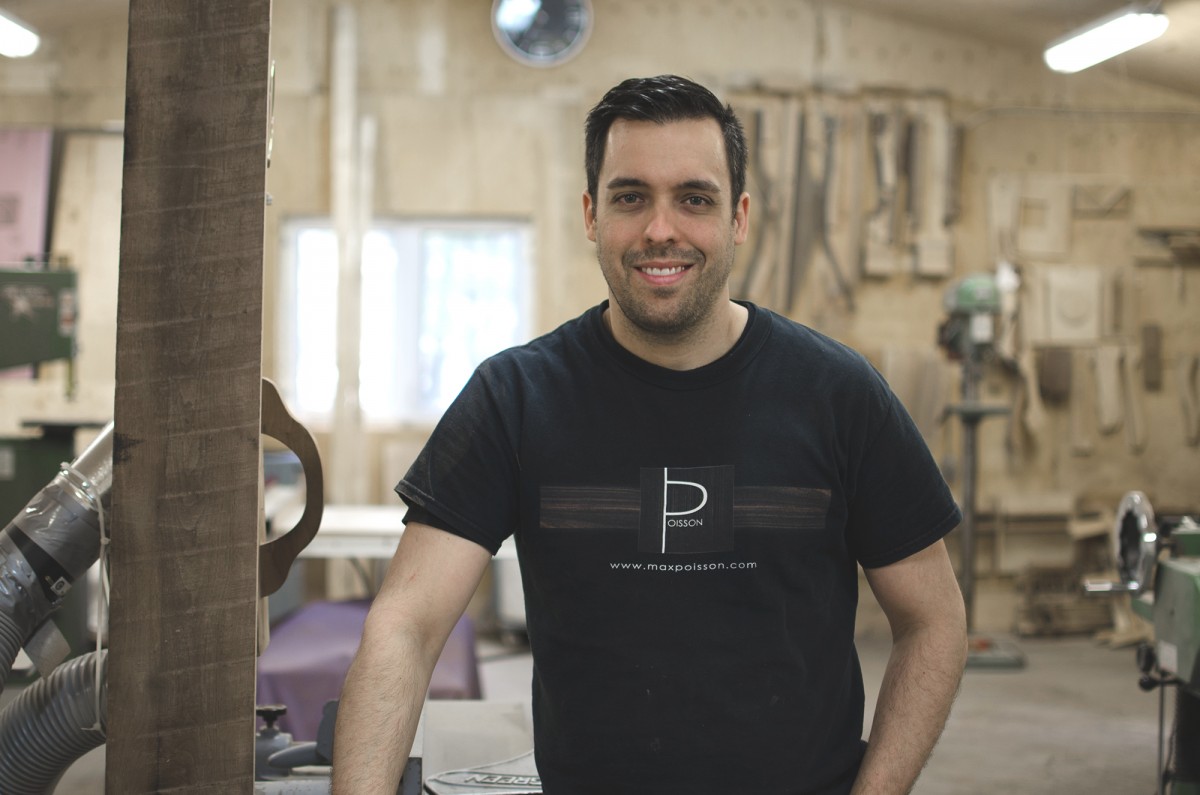 He moved his workshop with its amazing wood scents inside the detached garage next to his house. His business occupies him full-time. He does everything, from A to Z, from sketching to designing, including managing orders and customers.

Find out more about Maxime Poisson’s work by visiting his website and his online shop.

Brasserie Dunham is his favourite place for coming together with his friends to enjoy a pint at the end of the day. Once in a while he also likes to savour a dish prepared with local ingredients at their Table Fermière.

Mount Sutton is truly his favourite winter destination for ski outings with his family. Yes, the artisan is also the dad of three children! 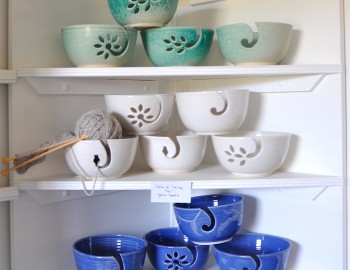 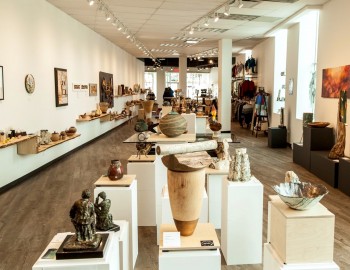 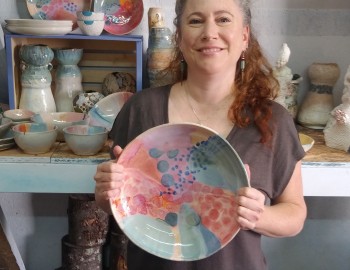