The disadvantage of air conditioning is that by accustoming our bodies to cooler temperatures, we become less able to tolerate hot weather. A natural way to cool down? Cycling and the breeze created by pedalling. In an urban environment, riding a bicycle makes it easier to feel the temperature changes within the same city surroundings. Here are some refreshing bike ride ideas in the Sherbrooke area.

The Grandes Fourches cycling path covers 52 km in the shade, along rivers and lakes.

Starting out on the site of Bishop's University, cross the Saint-François River towards Atto Beaver Park, your first urban cooling spaces with a splendid view of the river. Bypass the Île Marie campground, its hundred-year-old trees and its lakes, via Saint-Francis Street before joining the shores of the river. Continue along the bike path beneath the cool canopy of trees. When you reach Rue du Conseil, you can admire the spectacular murals tracing the history of the sector. A couple of kilometres further and you’ll find yourself in the middle of nature as you arrive at the Marais Réal-D.-Carbonneau where you’ll discover a raised pathway allowing you to explore the surprising local biodiversity. Finally, continue your way along the shores of the Saint-François River until you reach the Jeffrey-Gingras Park.

Here, you can either turn back (24 km), or continue on the Grandes-Fourches loop (52 km) which we’ll describe further below. 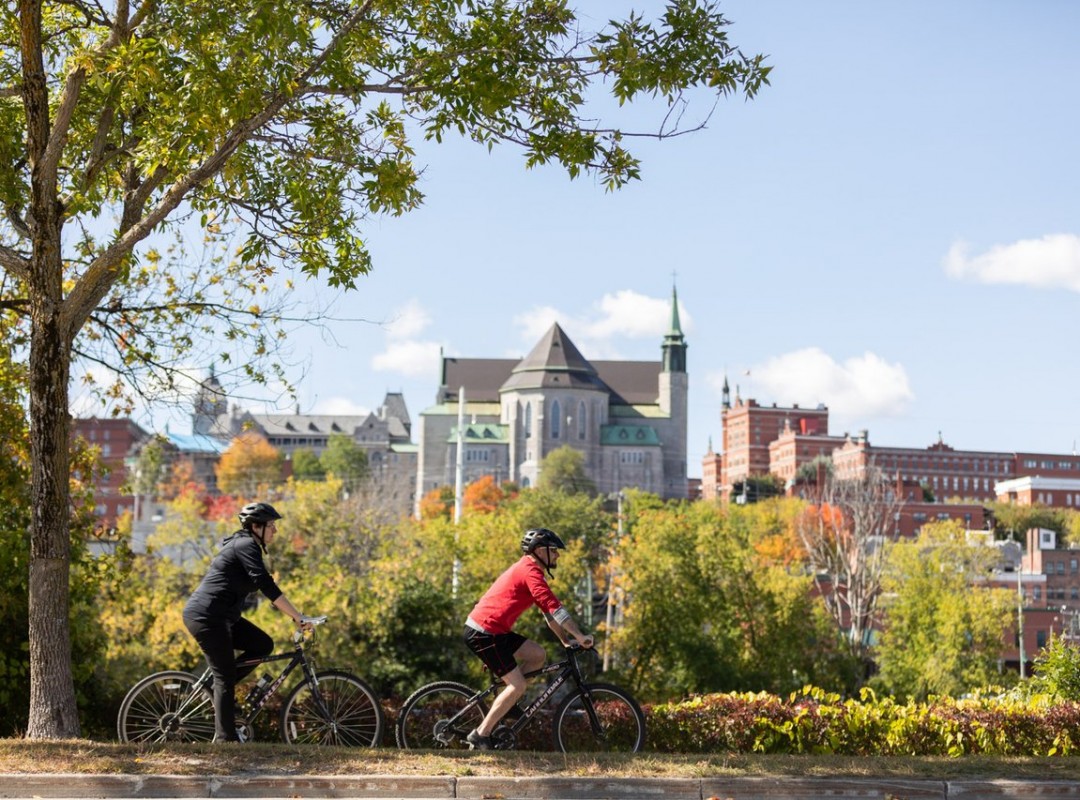 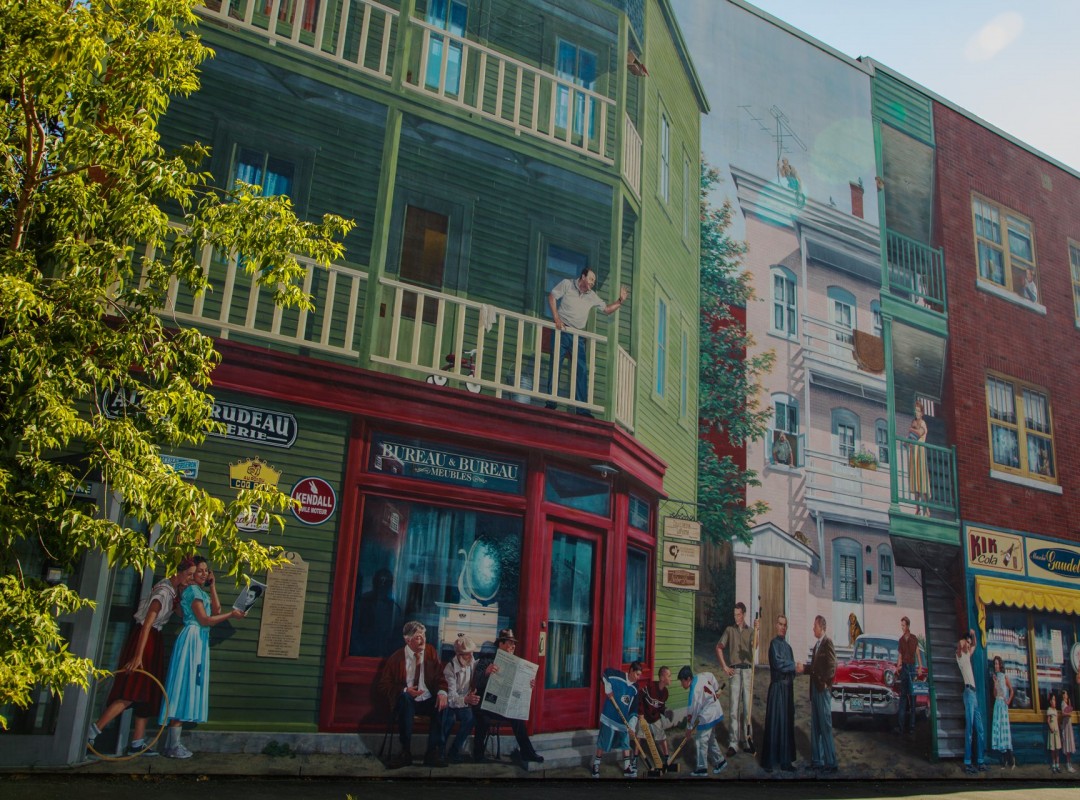 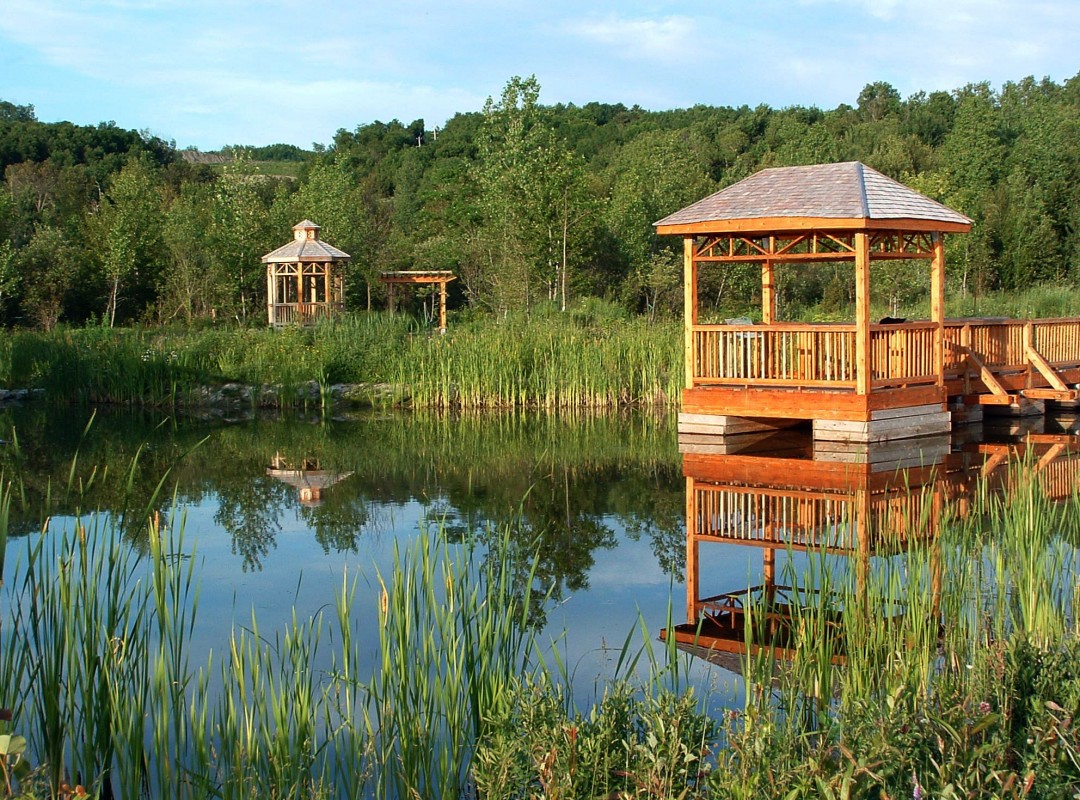 Another bike path, another ambiance. From the Halte-vélo 4 in Sherbrooke's Lennoxville sector, follow the Massawippi River south towards North Hatley and its lake. Allow yourself to be quickly intoxicated with the freshness of this small gravel path surrounded by trees and that runs alongside the river. Everything is designed to make the air naturally cooler. And if the road has left you feeling overheated, a visit to the Capelton Mine will give you access to the coolness of the underground, worthy of the best geothermal air conditioning (reservations recommended). It will take you less than 9 km to reach the picturesque town of North Hatley and its Pleasant View beach on Lake Massawippi.

You can choose either to turn back (29 km) or to go by way of the Grandes-Fourches loop (52 km) described in the next paragraph. 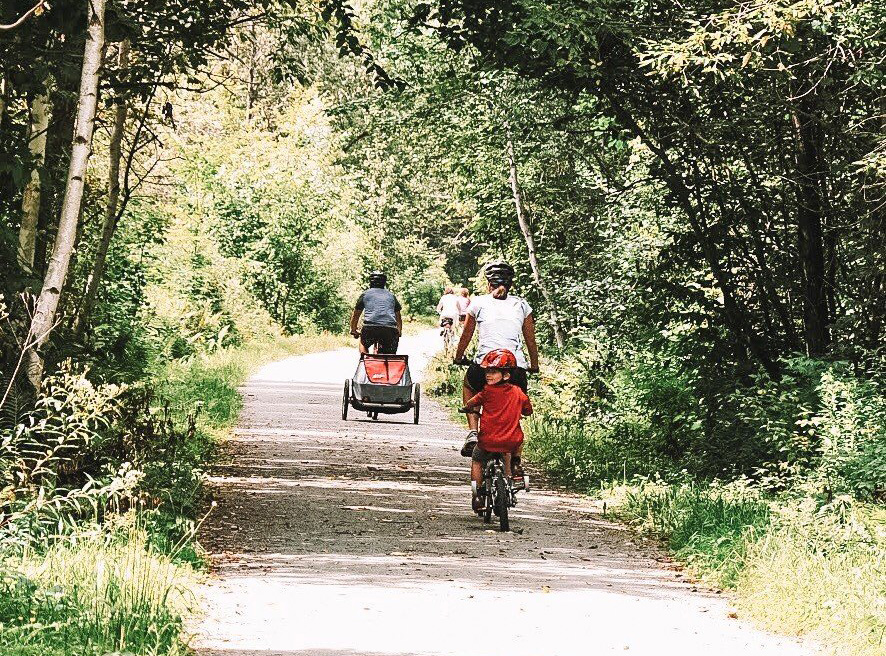 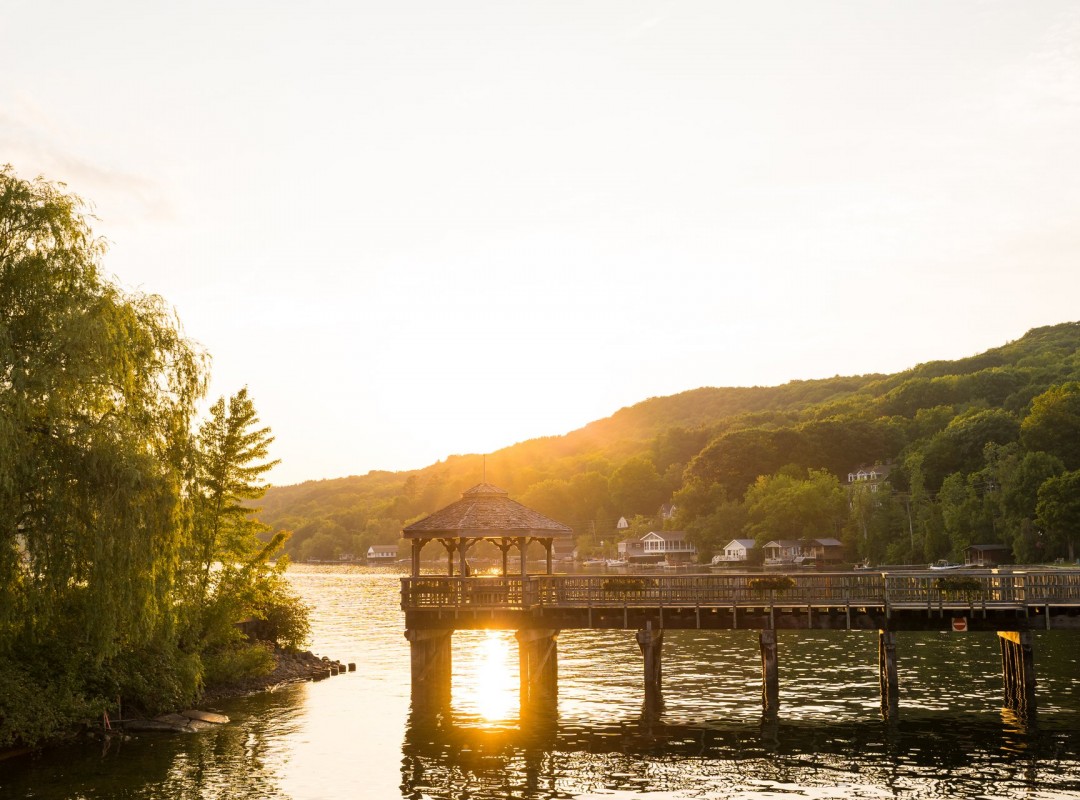 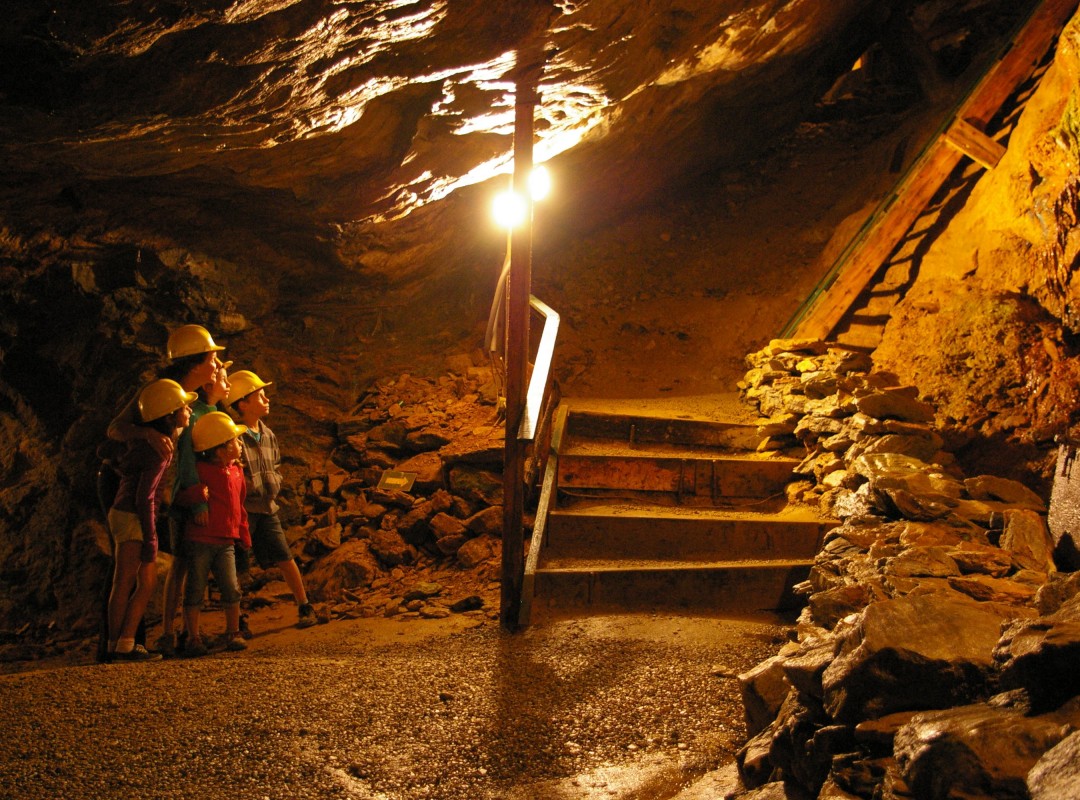 Starting out from Lucien-Blanchard Park, follow the Magog River west, inside a shaded eponymous grove. Cross the river by taking the bicycle access footbridge near the autoroute and turn left on the Magog Axis. Continue on Mills Street, then cross the river once again on the Chemin Saint-Roch. When you reach Chemin Blanchette, you’ll cross the Chemin of the Base de plein air André-Nadeau outdoor recreation centre which offers 4 km of gravel trails surrounded by trees and where you can access a small brook where you’ll enjoy dipping your feet and savour its invigorating waves. Head back out on the Route Verte 1, and Chemin Beaudette then Chemin de l'Université until you reach North Hatley.

Follow the Massawippi Axis route described in the preceding paragraph until you reach Bishop's University. Then, take the Saint-François river trail (described in the first paragraph). This time, cross the river near Terrill Street. Follow Cressé and Prospect before heading back south on Queen Victoria Boulevard which will take you to the Promenade du Lac-des-Nations and its footbridge and cross over the Magog River to return to your starting point. 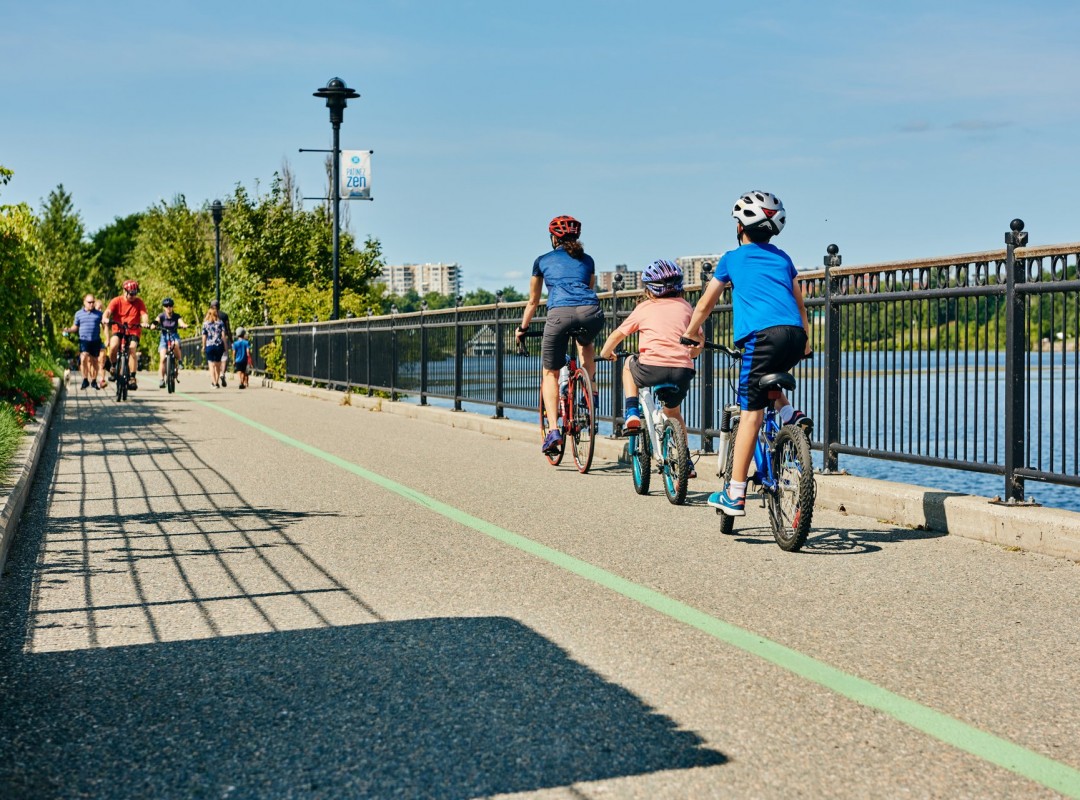 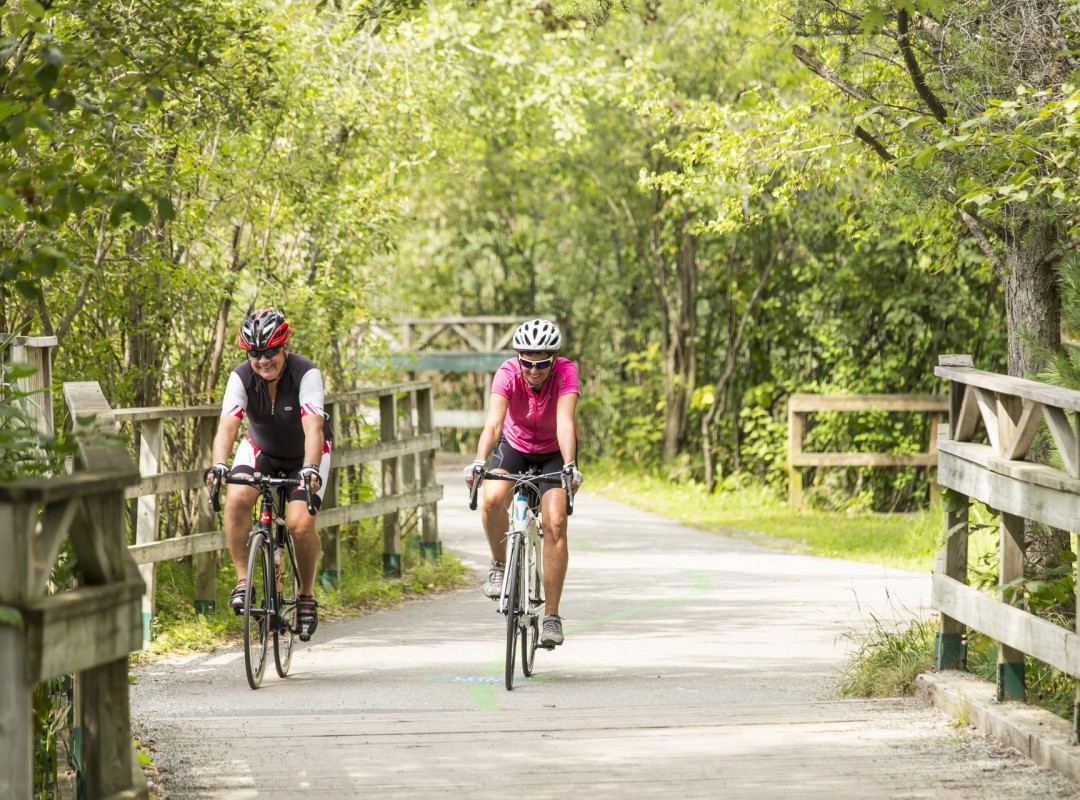 Cooling Spaces throughout your getaway routes

Some ideas to extend the fun within a refreshing setting even after your bicycle outing: 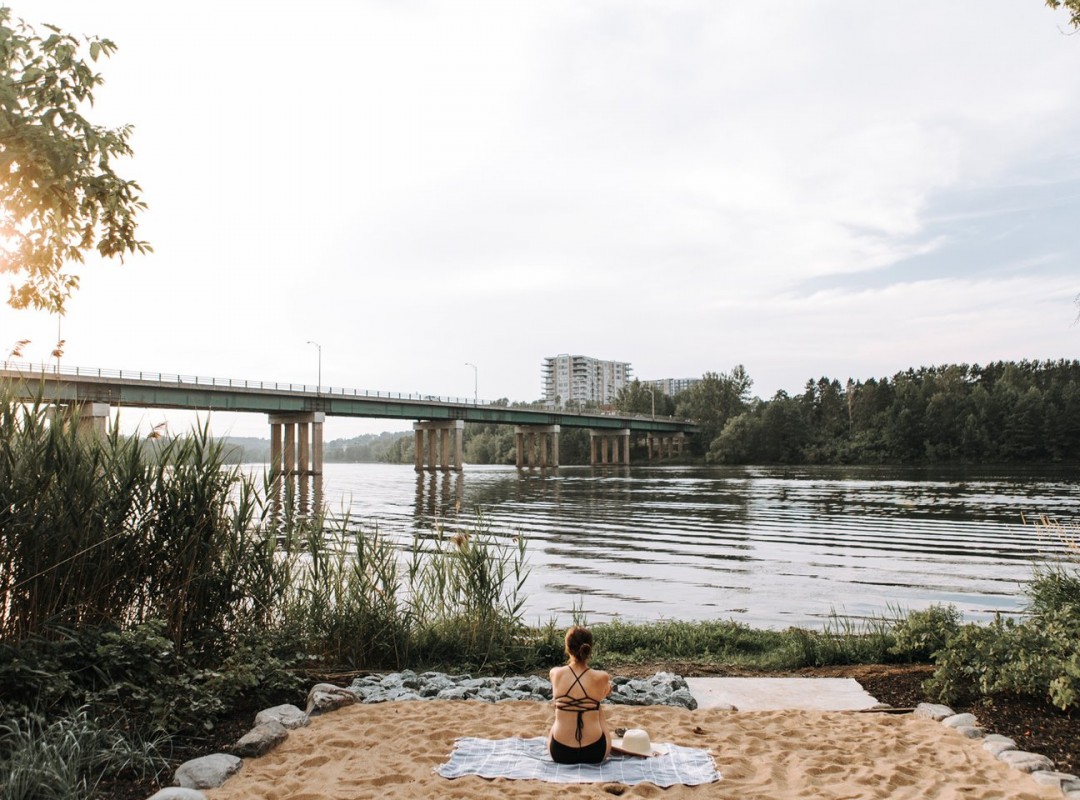 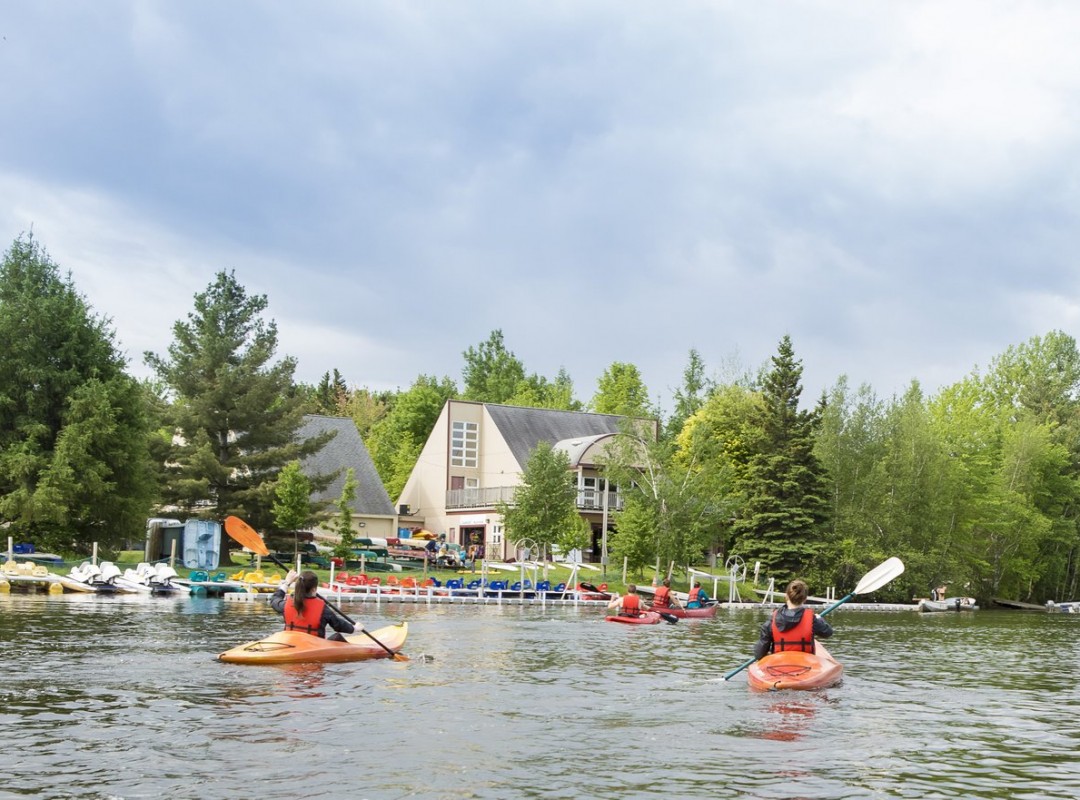 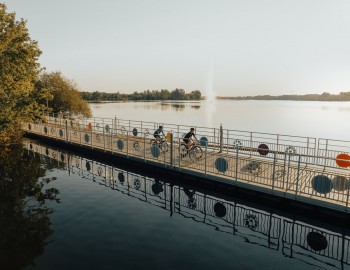 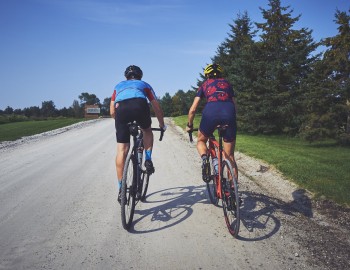 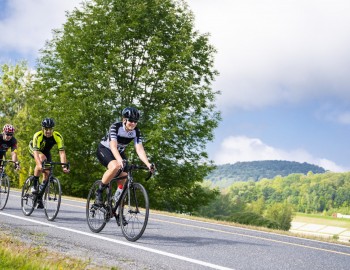