The last two years have clearly shown that culture is, without a doubt, a highly sought-after haven. Whether it’s to escape, dream or hope, there’s nothing else like it. Here are some cultural suggestions that are sure to make you feel quite content.

Those who haven’t yet attended a symphonic concert have no idea what the word “power” means. To experience such an event is simply grandiose! The FILMharmonic Orchestra will be performing at Salle Maurice-O’Bready with a presentation of its spectacular concert L’Univers Symphonique du Cinéma, featuring music from Schindler’s List and Cinema Paradiso, among others. It will be an excellent opportunity to experience for the first time this great feeling of exhilaration!

This autumn, the city of Magog is inaugurating its new literary circuit Paroles d’ici. Set inside the beautiful park Baie-de-Magog, walking along this poetic pathway showcasing the words of literary and song artists from Magog and the Eastern Townships is a real balm for the heart. Displayed on banners, the words of Alfred DesRochers, Vincent Vallières, Richard Séguin, Clémence DesRochers, Michèle Plomer, Jim Corcoran and many others bring poetry to this already vibrant venue. To be savoured slowly.

Isn’t it fascinating to watch someone blow hot glass and see a multitude of organic forms being created? It’s truly mesmerizing! So, imagine if you were the glass artist! This is exactly what Studio Welmo is offering in its delightful learning space. Ask the friendly owners and glass artists Caroline Ouellette and Patrick Primeau, who’ll be happy to explain what they’ve included in the classes they offer!

Do breathtaking images and exciting adventures strike a chord with you? Then you need to book your evening on February 7 to attend the 26th edition of the Banff Mountain Film Festival! Two and a half hours of short and medium-length films produced by adventurers who are definitely not afraid of taking on highly challenging ventures! You’ll be totally enthralled by the great beauty of all these wild territories, and you’ll be captivated by the variety of personal stories you’ll hear.

Jean-Paul Riopelle’s pictorial work is well known, from his early non-figurative paintings inspired by the Automatist movement to those depicting the wild geese he loved so much. But did you know that his prints and etchings also constitute an important part of his production? To mark Riopelle’s 100th anniversary, the Musée des Beaux-Arts de Sherbrooke had the superb idea of presenting the exhibition Jean-Paul Riopelle/Bonnie Baxter. Taming the Beast. You’ll explore the works of art resulting from his collaboration with Bonnie Baxter, the artist who was his regular printmaker for 10 years. Definitely some great discoveries to be made!

A Luminous Book of Poetry

Journalist and lyricist Mélanie Noël gave us a wonderful gift last year with her first collection of poems, beautifully entitled Inséparables Distances. If sensitive writing styles and the themes of solitude and the bonds that sustain us are dear to your heart, we can’t recommend this collection enough. It’s infused with light and a beautiful humanity, as well as a touch of humour and a lot of tenderness. We no longer count the number of reprints!

On sale in all good bookshops

Initiation to the Craft of Pottery

Have you ever thought about learning the basics in order to create your own ceramic pieces on a pottery wheel? Imagine the pleasure and pride you’ll feel when you bring home your first creations... Well, with Poterie Hatley, you only have to form a group of at least 5 people and the wheels will start turning (no pun intended!). A lot of learning, and a lot of fun! Hurry and contact Réjean Côtes, pottery artist and founder of the workshop.

An Off the Beaten Path Novel

To appreciate the rich diversity found in the northern wilderness, and especially in its inhabitants, the first novel by Jean-François Létourneau, who teaches literature at the Cégep de Sherbrooke, offers a fine gateway. Le territoire sauvage de l’âme tells the story of a teacher who, during a sabbatical, takes advantage of his time to tell his children some stories. But not just any stories: those inspired by his experience working in a school in Kuujjuaq. This is a beautiful novel about transmission, the splendour of the North and the power of nature.

Sold in all good bookstores

Did you know that the famous play written by Claude Meunier and Louis Saia, Les Voisins, is celebrating its 40th anniversary? To mark this milestone, a major tour has been organized presenting the play throughout Québec and the five-star cast will be making a stop at the Centre culturel de l’Université de Sherbrooke. Directed by André Robitaille and starring Vincent Graton, Brigitte Lafleur and Pierre-Luc Funk, the absurd and crazy world of these suburbanites will, of course, be perfectly reproduced! 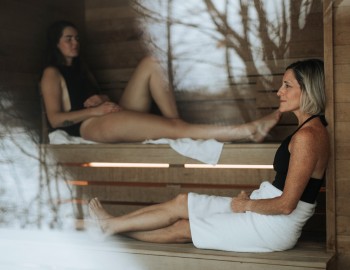 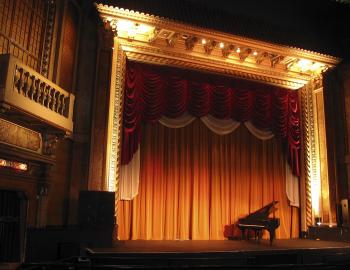 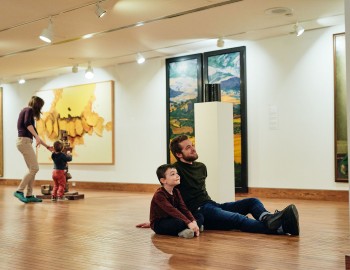