Each of our cities and towns has something unique to offer you. Whether it’s a venue, a product, a landscape, an attraction or an event, you’ll always have at least 5 good reasons to visit. . . Magog!

No matter if we pronounce “Magog” or “Maygog”, the town owes its name to the lake which contributes to making this place a prime tourism pole, both in winter and in summer: Memphremagog “where there is a big expanse of water”, in the Abenaki language.

250 years ago, the First Nations people who occupied the northern part of the United States would travel through this Abenaki’s ndakina. Then, towards the end of the 18th century, settlers arriving from New England established themselves here. Among them, a certain Nicholas Austin—an area municipality is named after him—built a sawmill as well as a grist mill in the region. Later, venturing businessman Ralph Merry III took over both mills and endeavoured to expand them to the extent that he is now known as the founder of the city.

From a camp to a hamlet, from a textile production centre to a dynamic hub and popular vacation destination. . . Come and see how Magog has developed into a beautiful community, and while you’re here discover Mount Orford, located only twelve kilometres from the town and explore the resort’s winter activity offer. 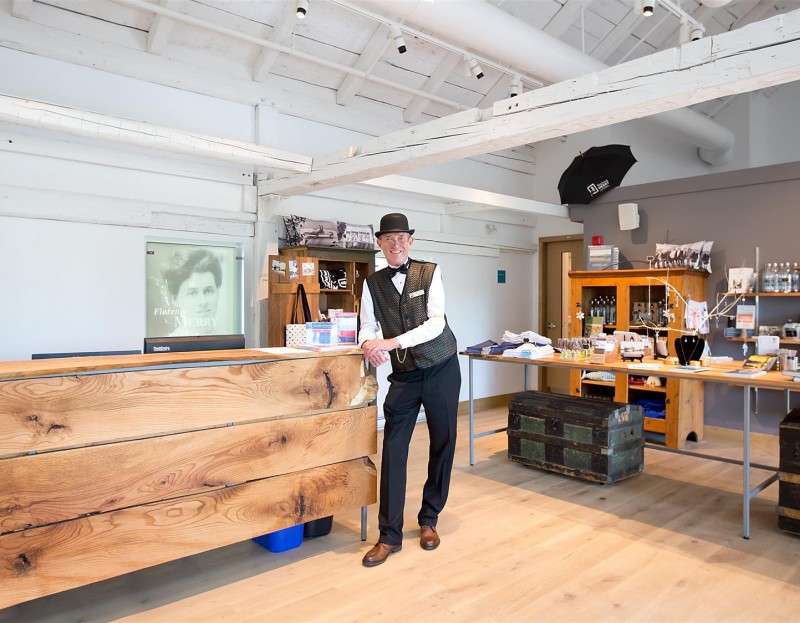 Browsing through the Maison Merry

A whaling enthusiast, Ralph Merry III was quite the adventurer, to put it mildly! You’ll enjoy learning more about this larger-than-life character as you explore the very house he built in 1821. In fact, his descendants lived here until it was turned into a museum. A remnant of a family as well as of an era, the oldest house in town also welcomes temporary exhibitions such as Ndakina—The Abenakis in the Eastern Townships, presented until the spring of 2024.
Discover 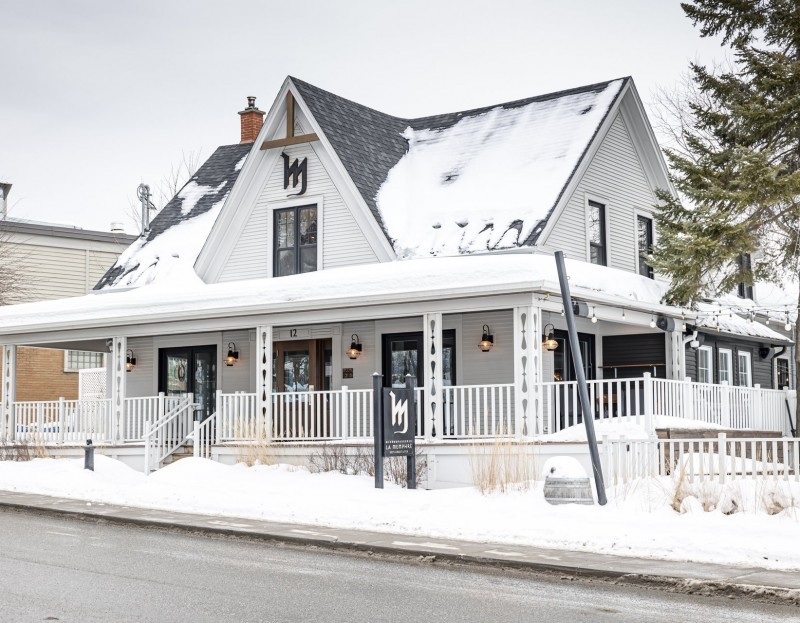 Friendly bistros, artisan boutiques, cafés welcoming you inside when your feet are freezing! This street offers a wealth of charm, and you’ll surely want to linger here awhile. There’s even a cinema that we definitely recommend to all those who like the great communal gathering that a venue dedicated to the seventh art can offer!
Discover 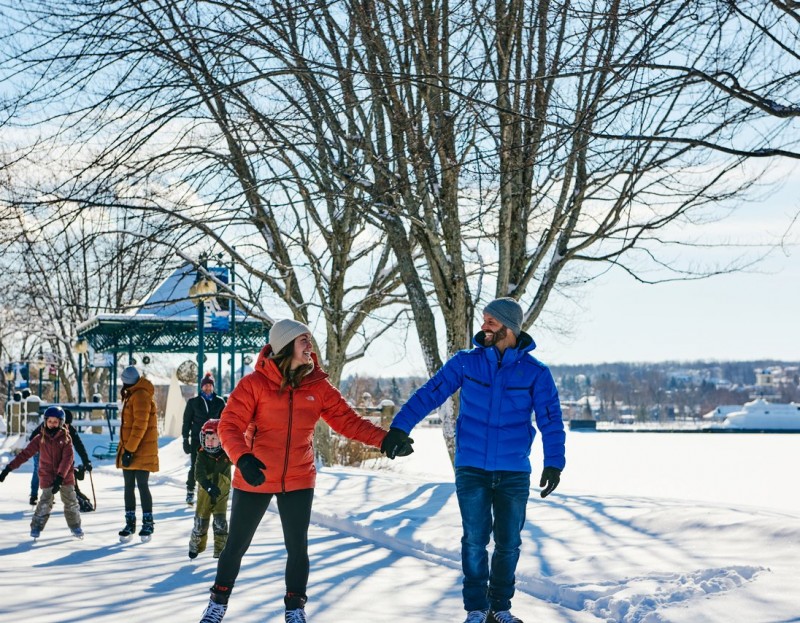 From the Baie-de-Magog Park to Pointe Merry, you can skate on a 2.8 km long ice trail set alongside the lake. Lit up at night, the winding trail, featuring several loops, is particularly romantic. Also, to fill up on some fresh air with your loved one, it’s right this way. Please note: The highly renowned Fête des Neiges de Magog, is also held at Pointe Merry! A great opportunity to play outside with your family in an enchanting setting. In 2023, it will be held on February 18 and 19.
Discover 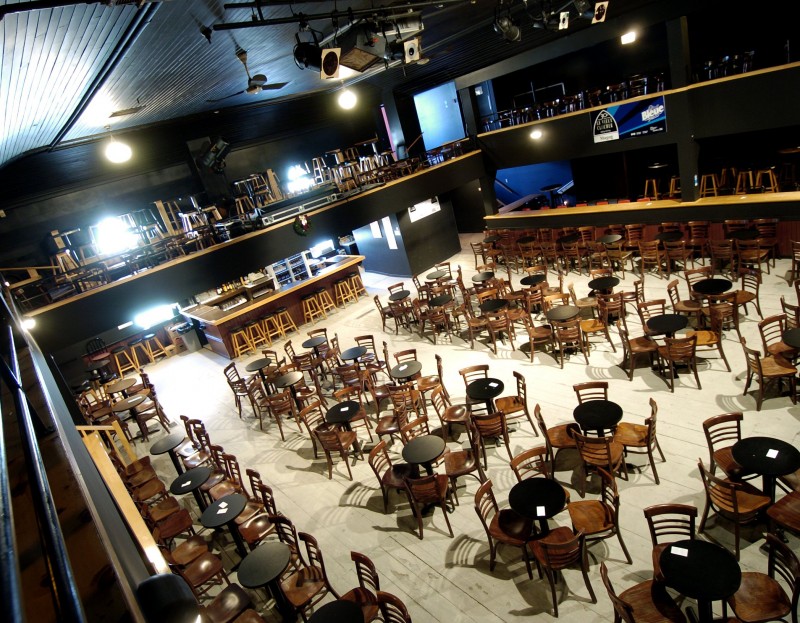 It’s been home to Methodists, Masons, a theatre group and cabaret performers. For more than 40 years now, the intimate Vieux Clocher has been a venerable local institution, offering its stage to the singers and comedians you love. It also allows up-and-coming artists to break in their shows: here’s your chance to get a sneak peek at the stars of tomorrow!
Discover 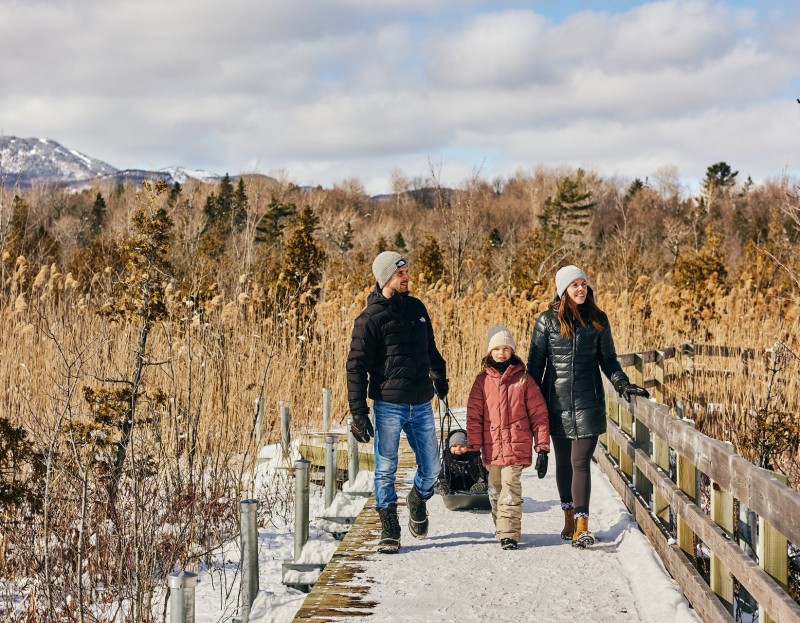 Experience the Magic of the Marsh

A space offering a unique ecosystem, its preservation stems from the local citizens’ determination, which must be commended. It is a precious sanctuary for species biodiversity and a dynamic environment throughout the seasons. It is the marsh of the Rivière-aux-Cerises, which welcomes you all winter long to put on your snowshoes and walk along the 6 km of snowy trails you’ll discover here.
Discover 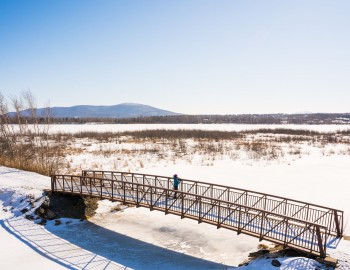 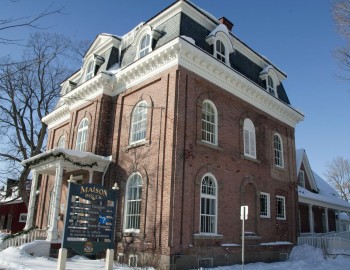