The Round Barns of the Southern Townships

Today there are only a few round barns still standing in the southern part of the Eastern Townships, but they’re the pride of our local citizens and attract the curiosity of visitors. Here are 5 round barns you can still admire when you’re visiting the area. 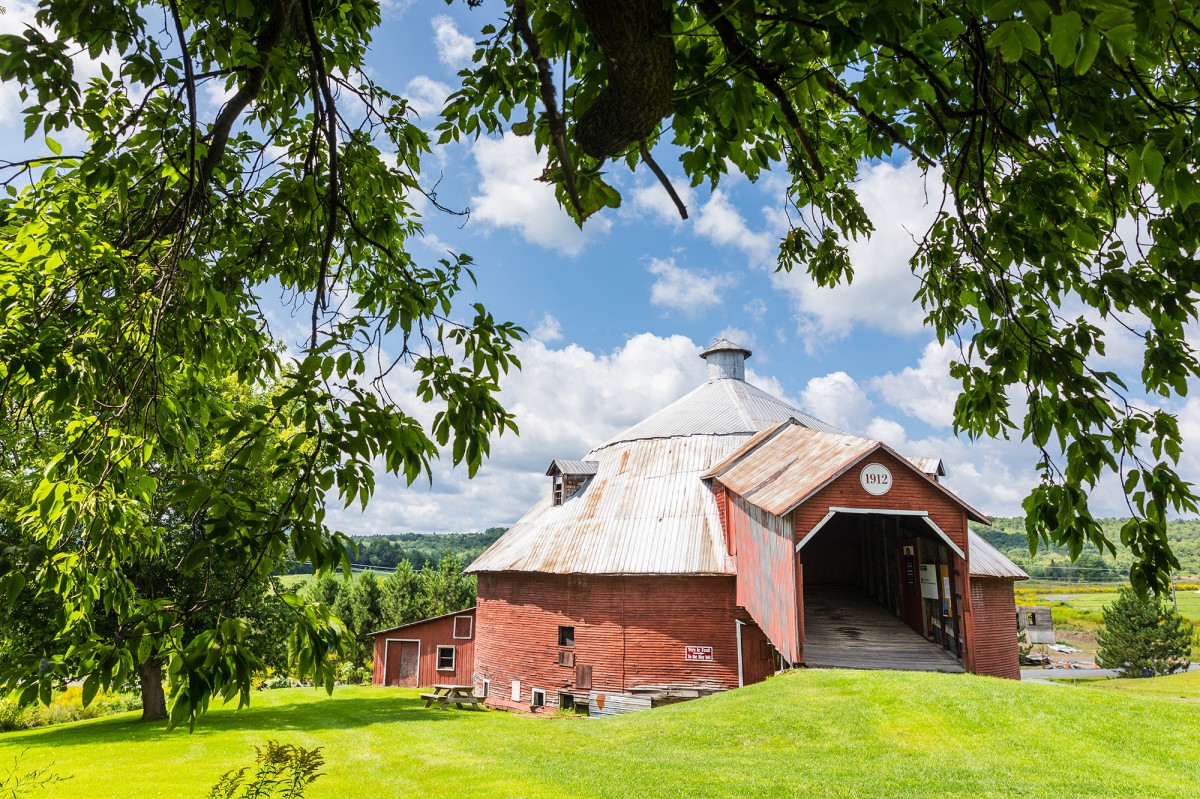 Built in 1911, the Mansonville round barn, with its clapboard siding, has three stories and a tin roof topped with a cupola and gable roof dormers. Thanks to several contributions and grants, plus many donations, a lot of restoration work is being carried out to return it to its lustre of the past. Once completed, this barn will become an interpretation centre for the region’s agricultural, forest and landscape built heritage. Did you know that on the premises of the Mansonville round barn, every Saturday (from May 27 to Thanksgiving), you can visit a public market where the area producers offer you their fresh products? 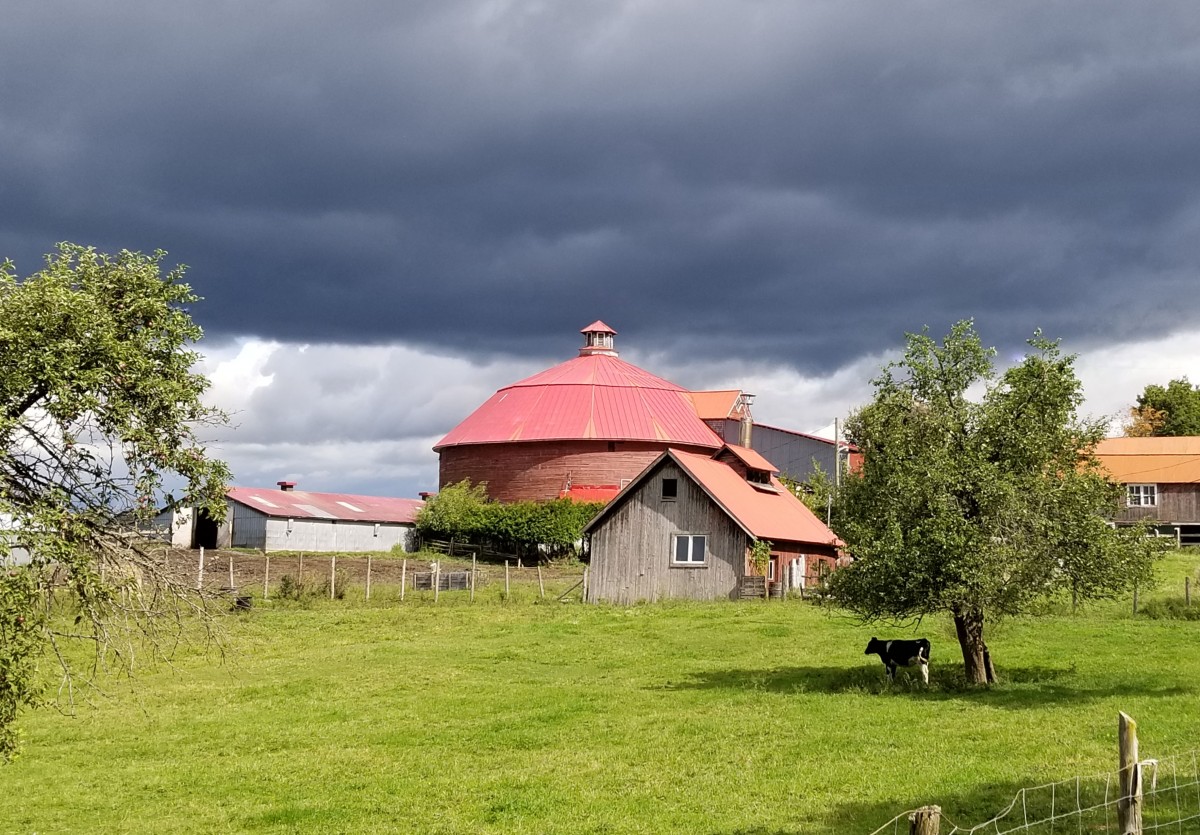 The impressive Stanley-Holmes round barn, built in 1907 for William Stanley Holmes, a dairy farmer, has been well taken care of over the years by its owner, M. Stanley Holmes, grandson of William. His constant attention and all the care he devoted to its upkeep has raised this country barn to the rank of being a true heritage art masterpiece. 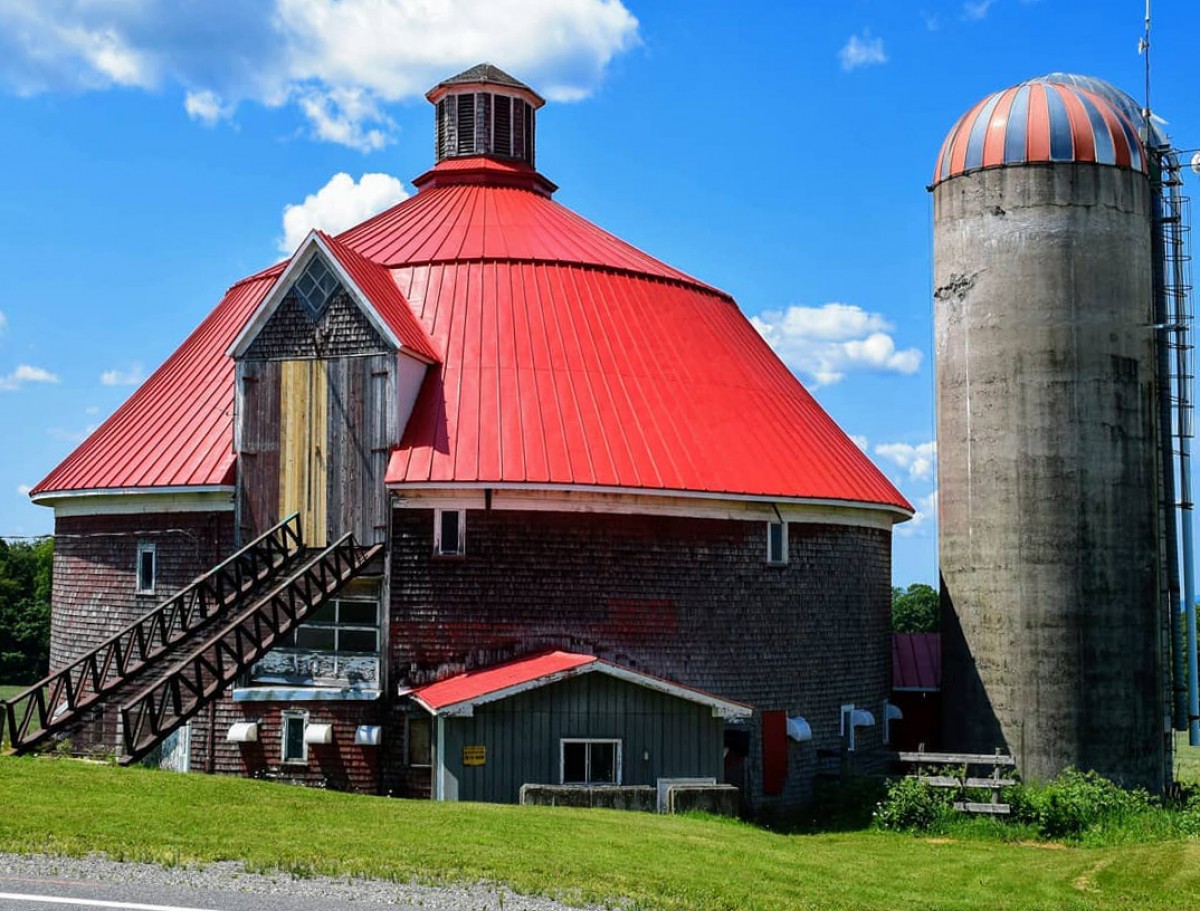 As you head out to Mount Pinacle or to the beach at Lyster Lake, you’ll find the biggest round barn of the Townships right here on the Baldwin Mills-Barnston road. Even though it hasn’t been used since 2009, and although it really needs a lot of love, it still offers a fine glimpse of the past with its cedar shingle siding and its pretty turret. 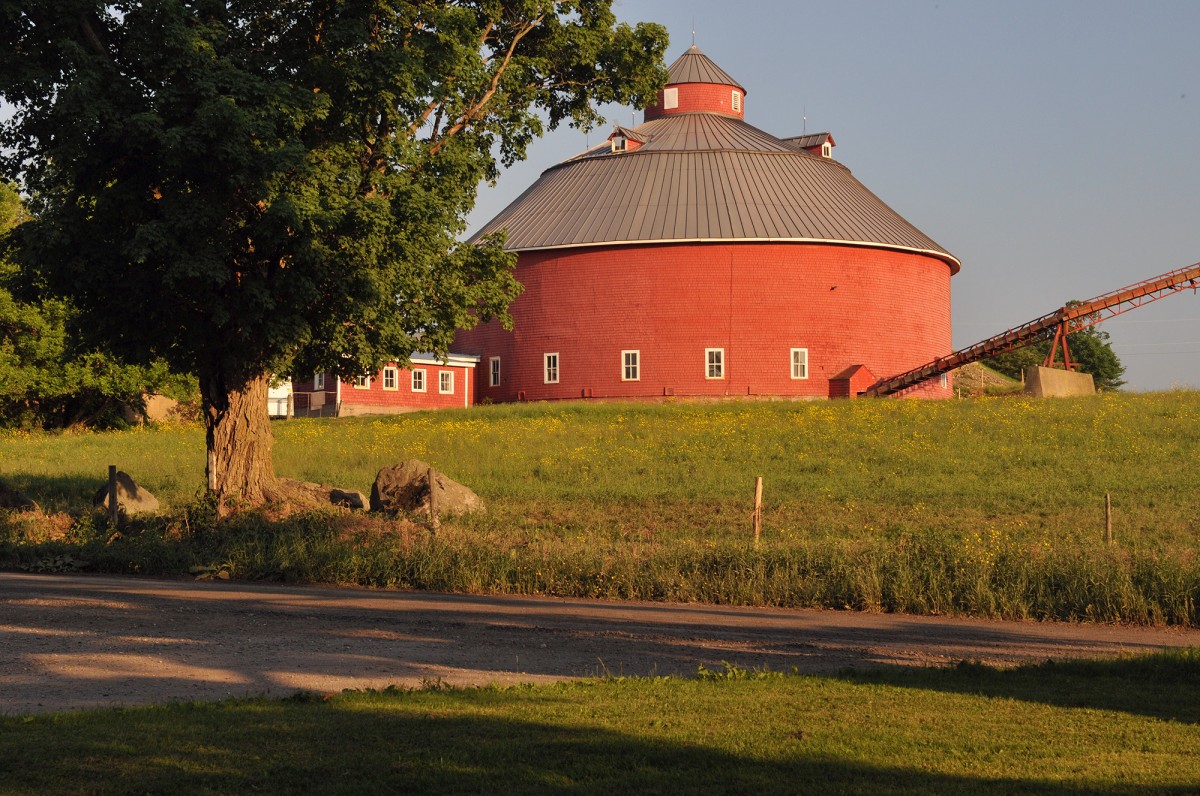 As you drive along bucolic Scott Road, in the Brome Lake area, you can admire the last round barn built in the Eastern Townships, in 1915–1916. It hasn’t been in use for several years, but it’s still remarkably well preserved. It cedar shingles, its pinched sheet metal roof, its dormers and its pretty turret all contribute to its olden day charm. 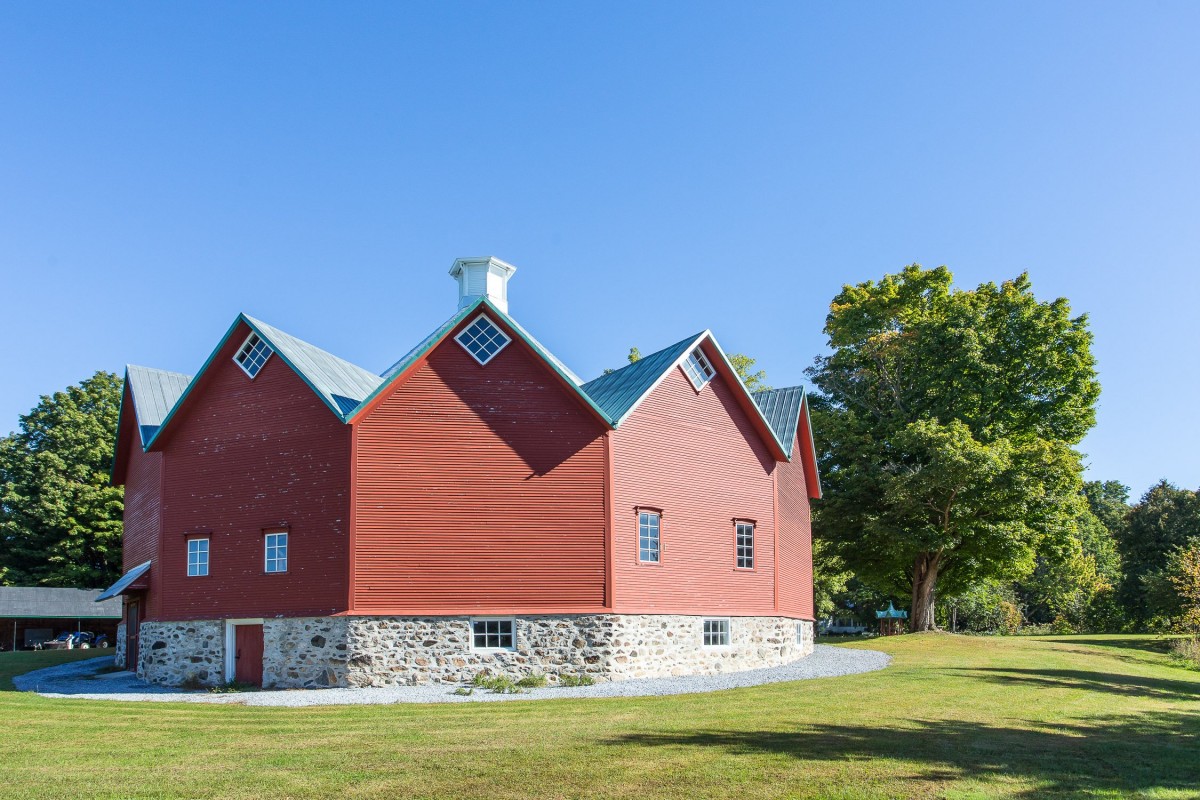 Built in 1882, the Walbridge barn, although not quite circular, is absolutely worth a visit. You’ll be amazed by the originality of its dodecagonal structure (12 sides!), unique in Quebec, its gable walls and two-sided roof. Very well preserved, the barn houses the agriculture collection of the Missisquoi Museum, and can be visited from tuesday to sunday. Visit the museum to admire the know-how behind these period construction techniques. What a great idea!

Please note that the museum will be open from May 30 to October 10. You can visit the barn between 1 and 4 pm and the Cornell Mill between 11 am and 4 pm. The Hodge General Store is closed for the season.

True architectural gems, round barns were popular in New England throughout the second half of the 19th century. They first appeared in our region in the early 20th century.

There’s one legend that has persisted over time about the origins of round barns: It was believed they were built this way so the devil couldn’t hide in any dark corners. However, much more practical reasons motivated builders to use this type of structure because it allowed farmers to organize their work much more efficiently. Livestock was placed in the centre to facilitate feeding and cleaning chores; Windows could be installed all around and ensured a constant source of light, a better air circulation, and the round shape was less vulnerable to strong winds. Finally, besides being quite attractive buildings, these round barns were extremely efficient.

So, why did they stop building them so quickly? The reason is quite simple: Their round shape made it difficult to add more space to the structure; plus, their construction required a lot of building materials. This is why, after a brief period of popularity, people stopped building them and opted for the rectangular shaped barns we know today.

Nowadays, only a handful remain. Many were destroyed by fire or demolished due to their lack of maintenance, which had become too expensive.