Apples Ready for the Picking Until October

The start of the school year marks the beginning of a favourite family activity; we’re talking, of course, about our famous apple picking season which lasts until the first days of October. Head out to one of the many orchards in the Eastern Townships to discover all the different varieties of this exquisite fruit. Let’s go find both the most classic ones and the newest arrivals!

This one gets the self-picking season started in September. Did you know that it’s named after its discoverer’s sweetheart? Very firm, acidulated and sweet, it is truly an excellent apple to bite into. (In most orchards.)

Quite firm and delicious to bite into, this variety can produce enormous fruits! The Lobo variety is an excellent choice for pies because it keeps its shape even when it’s cooked. (In most orchards.)

Very sweet and very juicy, McIntosh apples are often our children’s favourite. Should we wonder why? As juice or as apple puree, it’s exquisite, and there’s no need to add maple syrup or cinnamon to enhance its taste. (In most orchards.)

This pretty, crunchy, yellow apple offers subtle aromas and very low acidity.
People prefer to bite into one than to cook with it. It will, however, bring a lot of sunshine to your autumn! (Among others, at Verger le Gros Pierre and the Verger familial CR in Magog.)

A savoury apple you can use for everything! Firm and juicy, it’s delicious for biting into or for cooking. What makes it stand out from other varieties is its flesh which keeps its white colour even cooked; so, your purees will have a pretty pink hue when you prepare it, leaving the skin on, of course. (In most orchards) 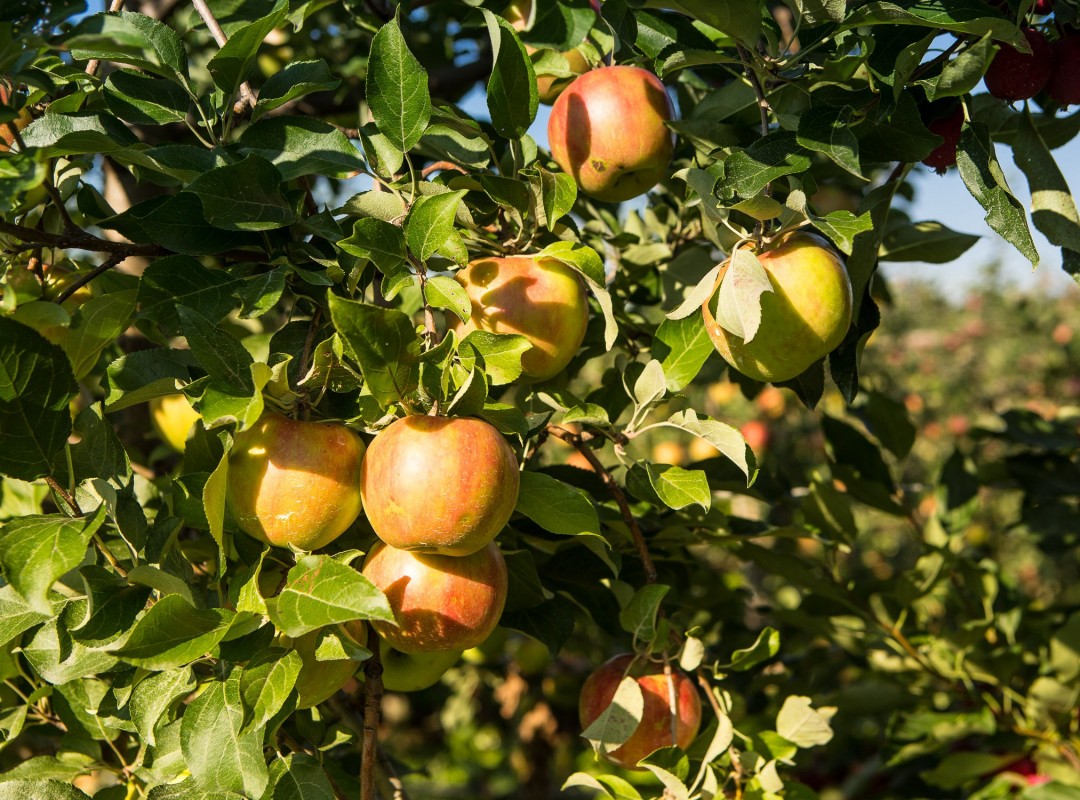 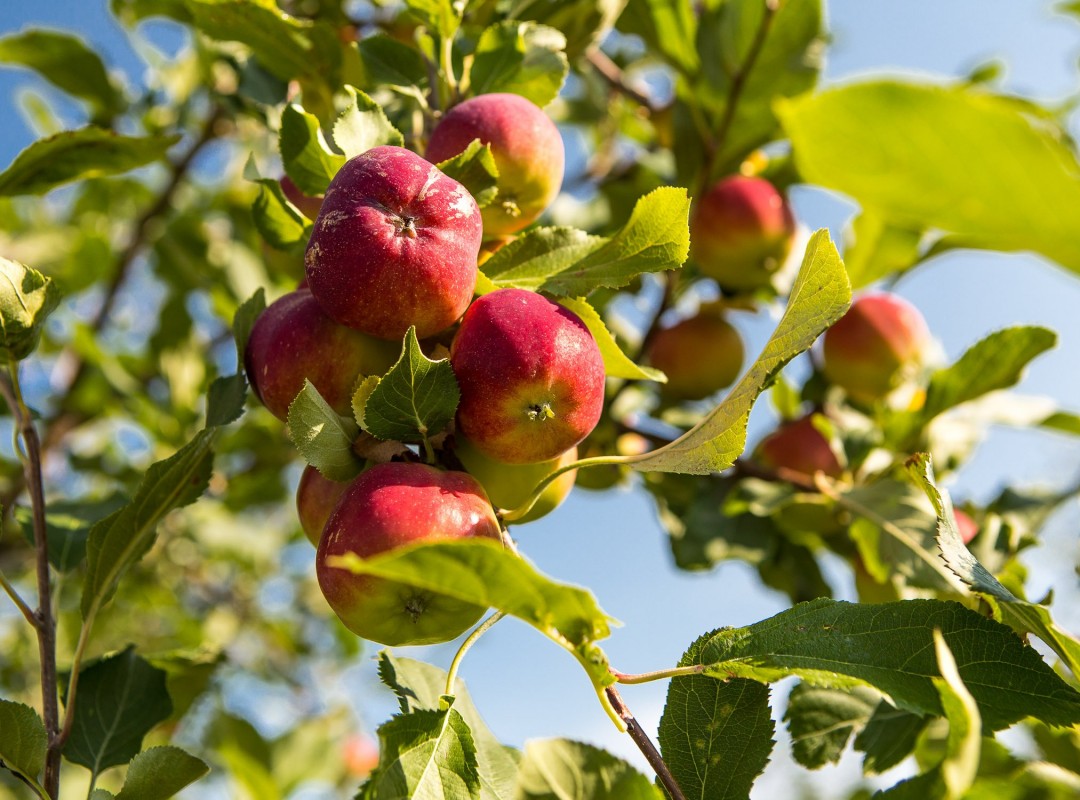 Firm, low acidity, very sweet and excellent for biting into, the Spartan offers a taste similar to that of a pear. It’s a perfect accomplice for your lunches! (In most orchards)

With its beautiful dark red colouring, the Empire is a hybrid variety resulting from crossing McIntosh and Red Delicious varieties. Because it’s very firm, it’s less vulnerable to bruising so it’s the ideal apple for your kids’ lunchboxes! (In most orchards)

Like the name suggests, a Honeycrisp apple has a delicious honey flavour, besides being exceptionally crunchy and juicy. It’s no surprise that the popularity of this variety, introduced in 1991, is constantly growing. (Among other places, at Pommalbonne in Compton, Verger Le Gros Pierre and Ferme Ste-Catherine in Sherbrooke.)

Its white flesh can present a slight pink hue when it reaches maturity. It can be conserved over a long period of time and is a 100% local product, created in 2014 by the collective La Pomme de demain. This Quebec fellowship works to diversify apple varieties and to create new ones. (At Verger Le Gros Pierre.)

With its yellow slightly orange colour on its sunny face, the Passionata is the most original among our apples because of its taste, a blend of Muscat grapes and … passion fruit! Excellent for biting into, delicious to cook … epicureans will be delighted! Another amazing 100% Quebec variety created in 2015 thanks to La Pomme de demain. (At Verger Le Gros Pierre.) 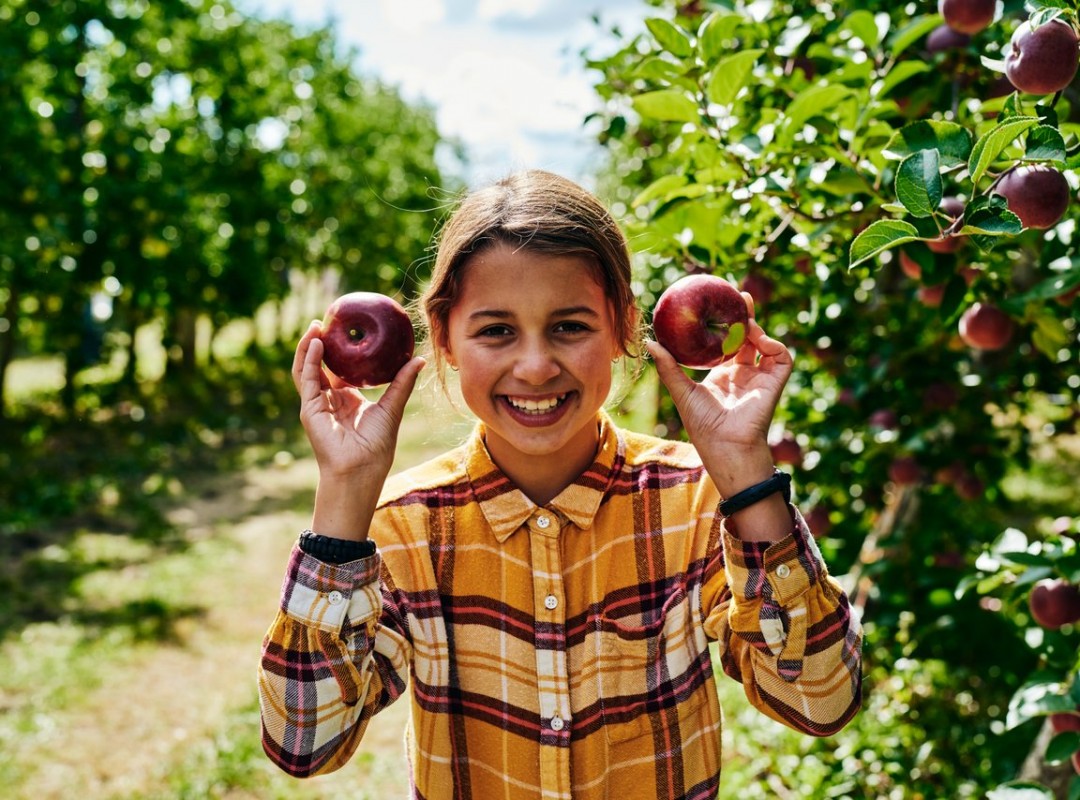 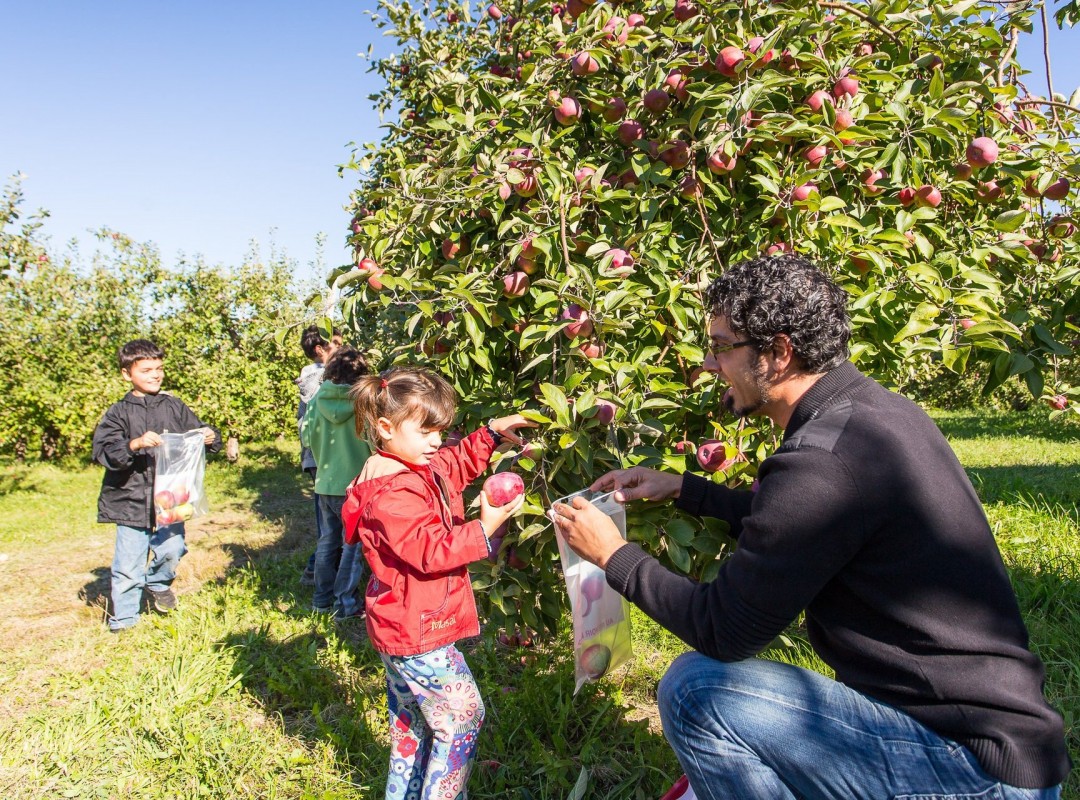 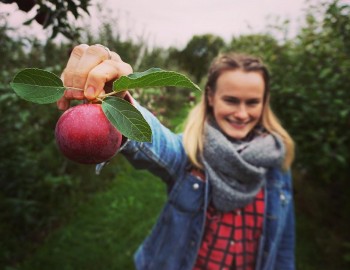 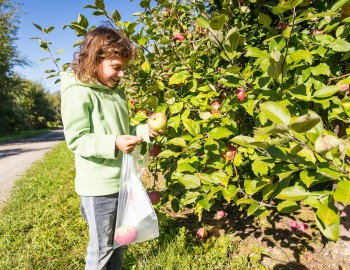