Are you tired of exercising your dog by throwing them a ball? Why not try canicross, a sport that has you run in tandem with man/woman’s best friend that has been growing in popularity? It’s also another way for you to discover the trail networks of the Eastern Townships.

Twelve years ago, Geneviève Baril had a problem. Luna, her husky breed dog, had an overwhelming amount of energy. So much so that her furry friend wouldn’t answer her orders. “I was looking for a way to manage her impulsiveness and being already a runner, I opted for trying canicross. Right away, Luna loved it,” explains the 41-year-old Bromont citizen.

At the time, canicross, a sport where runners are pulled by their dog, was still rather unknown in Québec. “We were two or three to practise this sport in Québec.” Geneviève Baril remembers. The special equipment, including a dog’s traction harness, a belt for the dog’s companion and a flexible bungee-type longe, were mainly imported from Europe.

A Special Connection to our Animal. . .

In order to get better acquainted with the sport, Geneviève Baril established Sirius Sport Canon, a company she based in Bromont. In addition to providing dog dressage courses, Sirius provides harness sports training, which includes canicross, bikejoring and skijoring, in the form of private lessons, guided workshops and group outings.

The great thing about canine sports is that they can be practised with any breed of dog. “A small dog won’t pull as much, but the feeling of being in communion with your partner is the same,” says Geneviève Baril. In fact, last April, she participated in the Canicross World Championships, held in Plédran, France, with her greyster, Miles. The duo finished 5th in their category.

Besides developing a symbiotic relationship with your dog, canicross allows you to reach speeds that would be unattainable on your own. “We run 20 to 25% faster with a dog. With a high-performance breed, it almost becomes an extreme sport, with speeds of 20 km to 25 km/h,” our canicrosser explains. 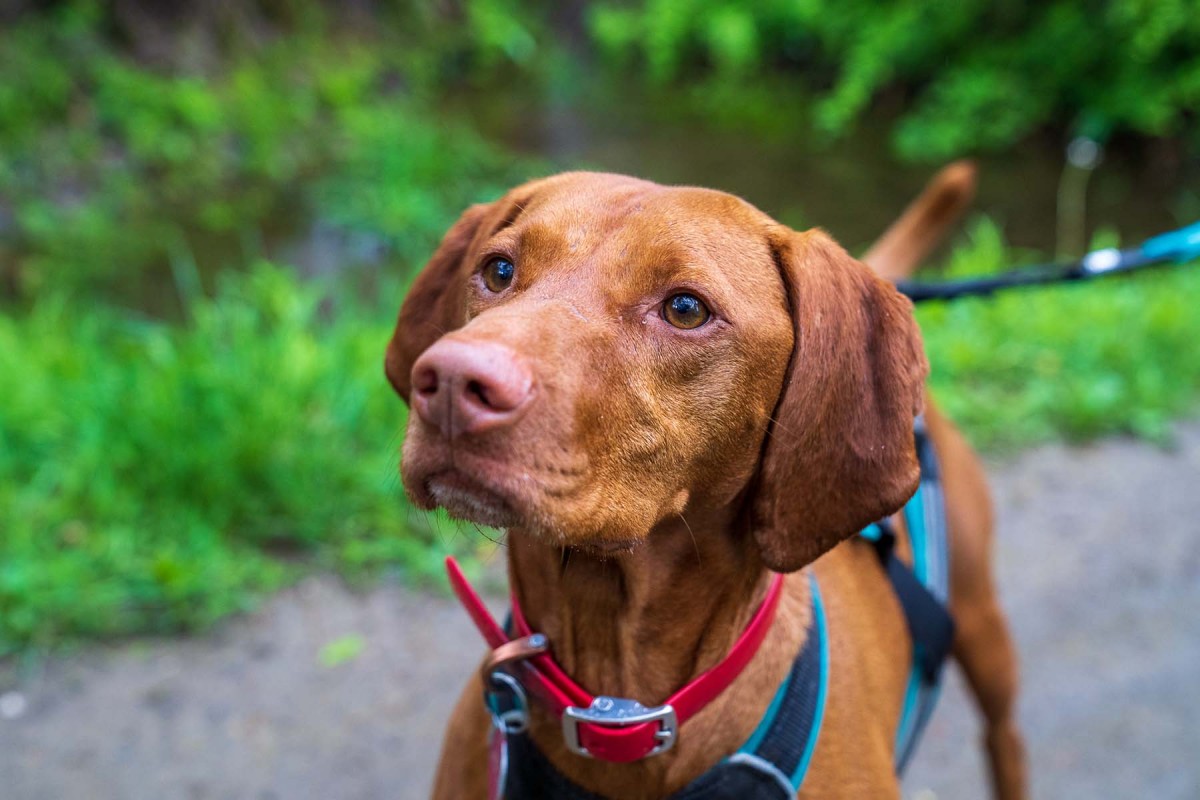 Where can you go canicrossing? On any trail that accepts our best four-legged friends. “Bromont is a canine sports paradise, since dogs are allowed almost everywhere, except in the Gale Lake network for conservation reasons,” she adds.

Mount Oak is her favourite local trail network. “The trails aren’t too steep nor are they too technical. It’s a really nice place to get started,” she says. For some elevation gain, she goes to the Parc des Sommets to conquer Mount Bernard and Mount Horizon, which are located on the outer edges of Mount Brome.

When she wants a change of scenery, Geneviève heads off with one of her six dogs to the Parc National de la Yamaska. Here, the runner loves taking the La Forestière trail, an easy 5.5 km loop that winds through a very diverse forest. “It’s a perfect destination for beginners, because the trail is wide and easy,” says our expert.

For a more challenging run, she takes her four-legged partner to the Sentier Riverain North Missisquoi Network, accessible through Eastman’s Parc-nature. This path, set alongside the North Missisquoi River, will take you all the way to Saint-Étienne-de-Bolton, about ten kilometres from the trailhead. “It’s a rustic trail, full of roots and rocks, which is a good technical challenge. It’s also rarely used. With our dogs, we don’t disturb anyone,” she explains.

Are you ready to join these canicrossers’ pack? 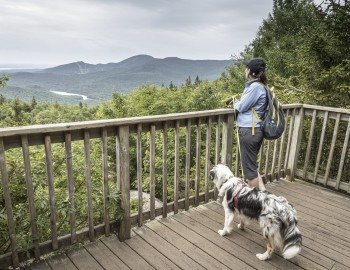 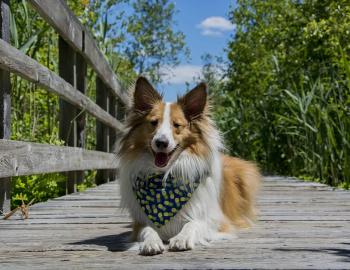