An avid trail runner, Elliot Cardin trains non-stop, both summer and winter, in the mountains of the Eastern Townships. He shares his favourite training routes with us.

Several times a month, Elliot Cardin gets up in the middle of the night, puts on his running shoes, attaches his headlamp to his head and sets off to conquer Round Top, the highest peak of the Parc d’environnement naturel de Sutton (P.E.N.S.). Leaving the village of Sutton on foot, it’s an 800 m climb over a distance of 10 km. Once he reaches the summit, the runner rushes back down to his starting point, returns to Cowansville where he lives, takes a shower, and then arrives at work by 10:00 a.m.!

It’s hard to imagine such a spartan lifestyle, but that’s what it takes to become a top athlete in the sport of trail running, Elliot Cardin’s favourite discipline. Triple champion of the 50 km Bromont Ultra, this 29-year-old health food consultant has been living for his sport since 2016. “I discovered this discipline through my brothers-in-law who are marathon runners. I too decided to take up the challenge and I was immediately hooked, even though it’s a very demanding sport,” says this Farnham native, when we met on the Chute du Pékan trail, in the Parc d’environnement naturel de Sutton.

Very quickly, this hiking enthusiast left road running to tackle the narrow forest trails. “When I discovered on the Internet that there were many trail-running events in Québec and around the world, I decided to really go for it,” says Elliot, who now aspires to become a professional athlete. “My dream is to get paid to train,” he adds. To achieve his goal, he needs to attract the attention of sponsors by stepping onto the podium when competing in prestigious races.

Training for this sport is very demanding. He runs 12 hours a week, often at impossible hours, to balance running with his work schedule. The mountains of the Eastern Townships are his ideal gym. There are many trails, varying levels of difficulty and little traffic, except on weekends. 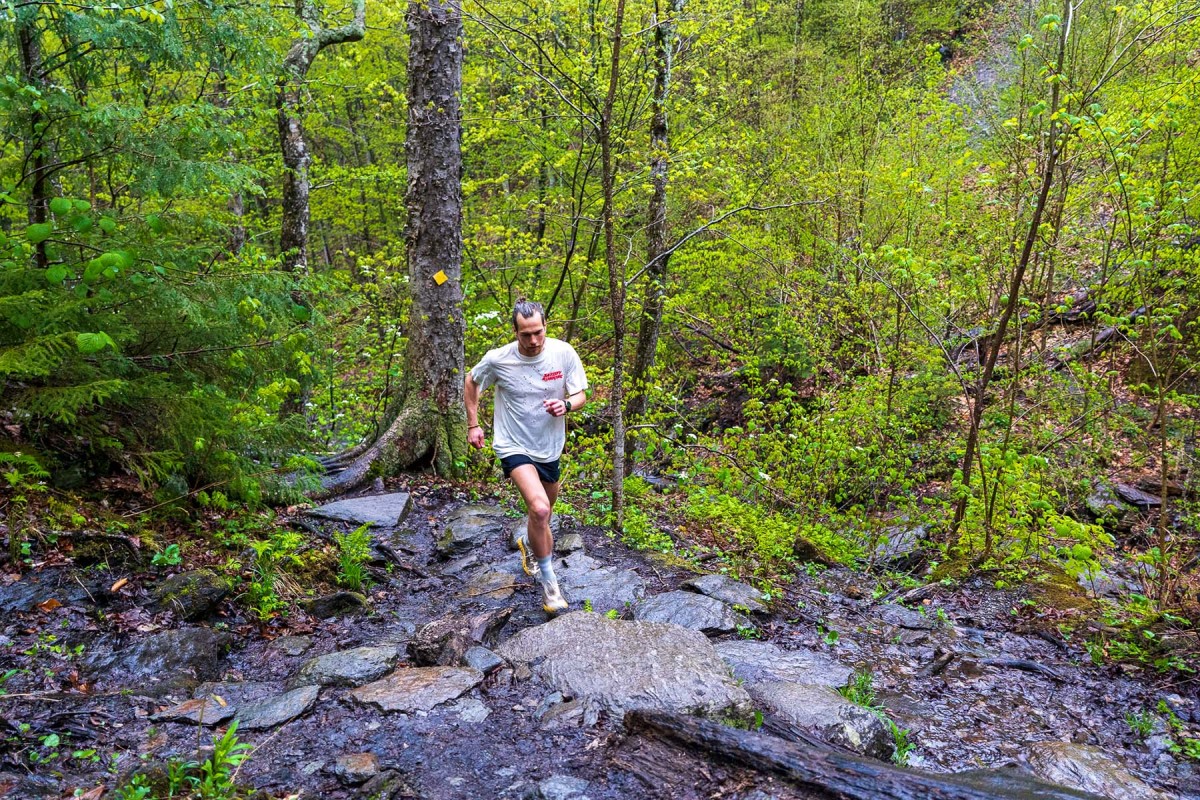 Mount Sutton, via the Village-Mountain Trail and the Chute du Pékan trail of the P.E.N.S. network, is in his top three favourite routes, because of the slow ascent starting out from the village, the constant presence of water to cool off, and the amazing wildlife accompanying him on his way. “At sunrise, animals are very active. The sound ambiance is nothing like the one you experience during the day,” he explains.

Elliot also travels several times a week to Bromont where he heads up to the top of Mount Bernard, a 467-metre-high mountain right on the edge of Mount Brome in the Parc des Sommets. “‘It’s an easily accessible mountain. It’s a nice route to take after a day at work. The options are endless because of the many trails that criss-cross the area,’ he adds. This ultramarathon runner especially appreciates the Fée des bois, a trail that runs through a sparse forest dominated by grassy vegetation. ‘The landscape is sublime,’ he exclaims.

His third favourite route is a challenge all by itself. The Traversée des Monts Sutton covers one of the longest uninterrupted sections of the Sentiers de l’Estrie. ‘I love the untamed character of the place. For 40 km, you won’t come across any man built infrastructure. All the streams along the way make it easy to refuel. It’s an idyllic route for long-term training,’ he says.

Beware, neophytes: this isn’t a crossing to be taken lightly. ‘It’s quite a project because of its length and level of difficulty. Plus, you have to plan a car at the end of the trail for your return trip,’ explains the athlete. Elliot Cardin covered the roughly forty kilometres of this route in 5 hours, 54 minutes and 54 seconds. A pretty fast pace indeed! 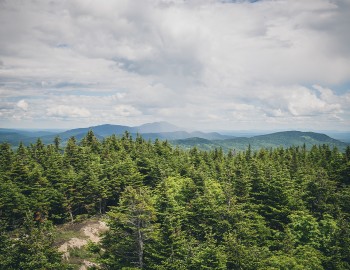 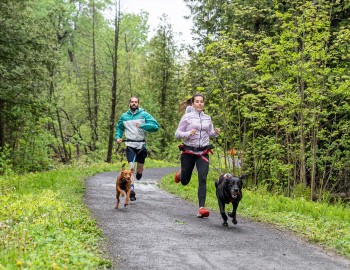 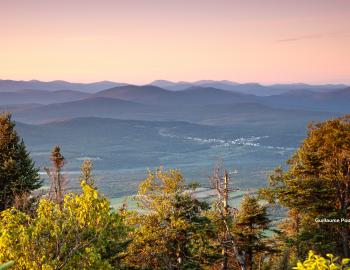