Over time, some restaurants have become part of the Eastern Townships landscape. They have existed for so long that they’re considered as true Township institutions. Here’s a look at five such pillars constituting the pride of our region, and which have become famous far beyond our borders.

Even with the arrival of giant American franchises over the years, this little snack-bar by the bridge, operating under the name of Louis, has been standing proud for over 65 years, making it the oldest restaurant in Sherbrooke. Its attentive staff, wearing traditional uniforms with charming vintage appeal, still peel the potatoes that will soon become their delicious fries. They make it their duty to buy their provisions locally and the three Louis establishment all offer a friendly, sleek and fast service. At Louis’ they have always been attentive to their patrons’ needs and have adapted themselves to new trends over the years; Case in point, the restaurant now also offers a vegetarian burger made with mushrooms and quinoa to which you can add the best poutine in all of Sherbrooke!

Located in the Omerville sector, the restaurant La Falaise d’Orford has been offering joyous moments to patrons of all ages for more than 50 years by offering them an entirely homemade family menu. Pizza, submarine and other sandwiches, chicken, pasta, soups and salads, all made with delicious fresh ingredients by a smiling, friendly staff. We really feel at home here! You also find comforting daily menus as well (braised beef, lasagna, chicken skewers, seafood à la king...), everything is cooked with the hope of satisfying your taste buds and your great or small appetites. Children are always welcome and eat very well at La Falaise d’Orford since many dishes on the menu are offered in portions adapted to their appetites (chicken skewers, spaghetti, hamburger steak...). Finally, the restaurant especially cares for their 60+ clientele since they allow customers with smaller appetites to select from the children’s menu as well. 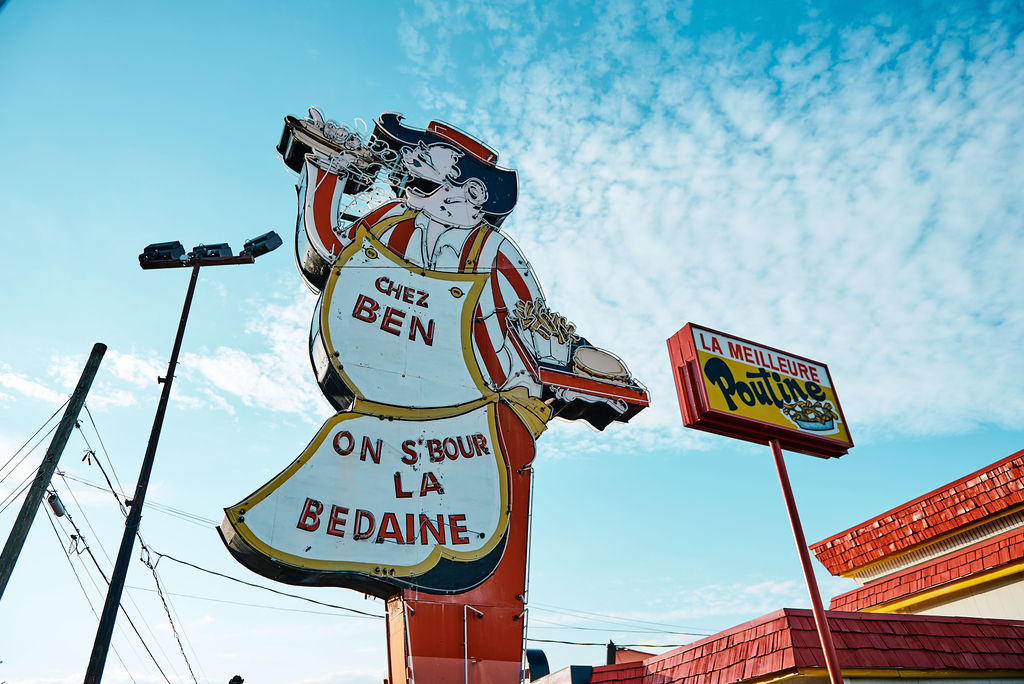 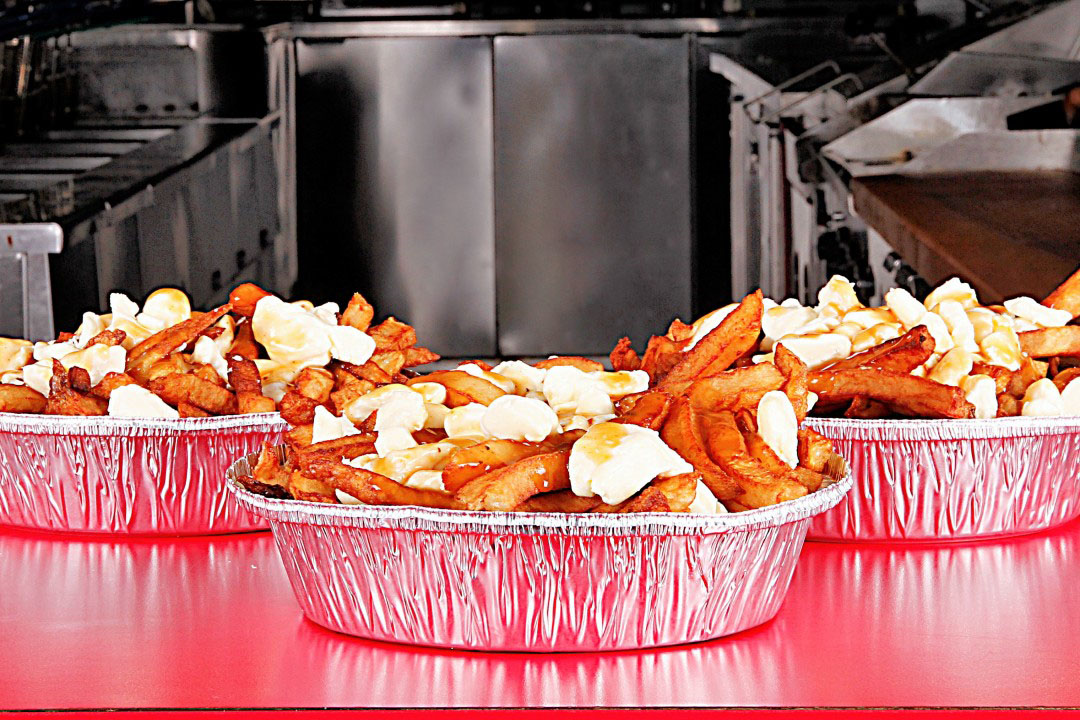 Being a flagship establishment and well known throughout Quebec, the canteen Chez Ben is the pride of Granby citizens. Established in 1950, inside a covered trailer hooked up to Bernard “Ben” Dubé’s truck, the French fry stand immediately attracted people through the relentless efforts of its owner. In 1970, the canteen, until then a mobile unit, was transformed into a fixed building on Main street—It was in fact, during that year that they created their famous slogan “Chez Ben, on s’bour’ la bedaine.” After its tough beginnings, Ben decided to invest the great sum of $6,700 to set up his famous 30-foot-high neon sign. It was worth it because business has really picked up since then. A few expansions later, Bernard Dubé’s two sons took over the canteen business, but have kept its vintage ambiance and design. Come try their Bourre bedaine or Bouche trou, or their poutine, declared the grand champion at the Festival de la Poutine of Drummondville!

Finally, let's end our tour with the oldest of them all, the famous Chez Trudeau on Main Street in Granby, established here since 1934, so, 84 years ago! It started out simply as a horse-drawn canteen, but today, it has become a great family restaurant, able to welcome 150 customers! Over time, it has been updated several times, adding such elements as the dining area they call “la Ruelle” and expanding the outdoor terrace where people love to spend time when the weather is nice. We can find a phenomenal variety of breakfast choices and the rest of the menu covers a wide selection of dishes going from grilled chicken and spare ribs, Italian and Chinese dishes, pizza, submarine sandwiches and much more! The canteen menu is also still available with its classic burgers, poutines, fries, hot dogs... we can go on and on!

Another institution can be found in Magog; Charles Luncheonette is located here, on Sherbrooke Street. Founded in the 1950s by M. Charles Lavoie, the fast-food restaurant will later be sold to Paul Lavoie, Charles’ brother and later still, to Nathalie Vachon, an employee who has cumulated 35 years of loyal services! As you enter Charles Luncheonette, you can feel the warm atmosphere as you’re welcomed by an attentive and friendly staff. Whether you opt for the restaurant’s swiveling stools with a view of the kitchen or a table in their dining area, you’ll feel so at ease, it’s as if you were visiting your family. People enjoy coming here, of course, for their poutine, but also for the highly appreciated Paul burger which combines two beef paddies and a hot-dog sausage, garnished with all your favourites. 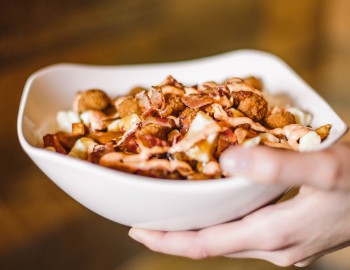 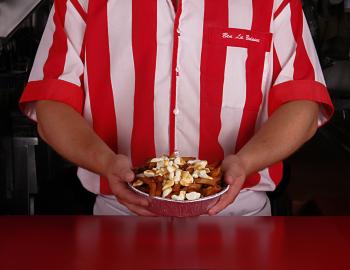 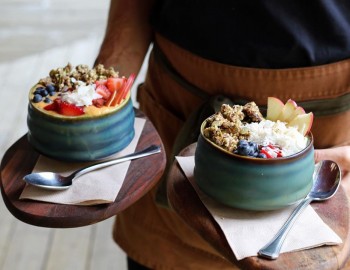